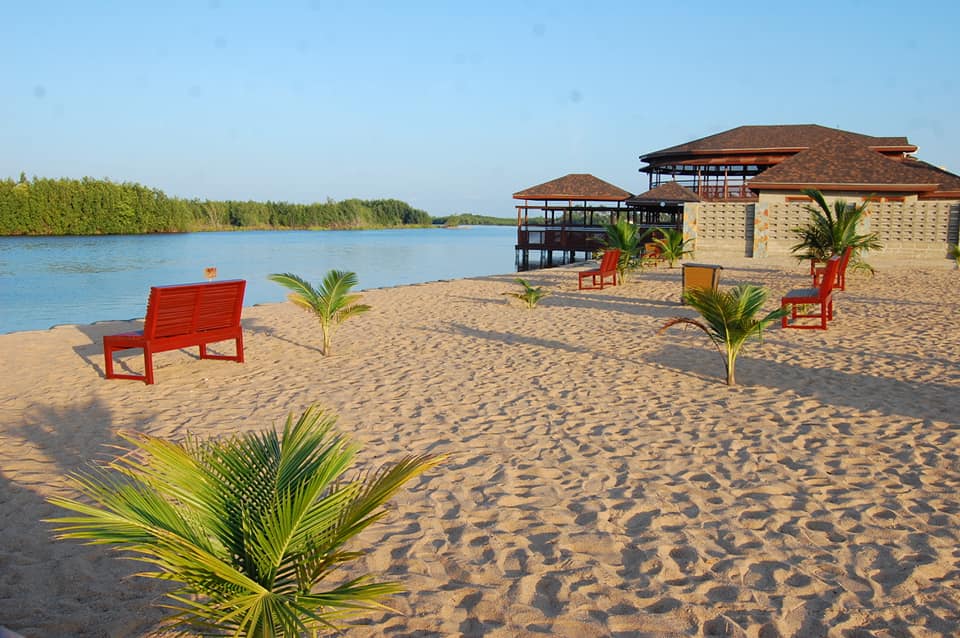 A brand-new tourism and river resort has been opened at Tunu near Anyanui in the newly created Anloga District of the Volta Region.

The facility, known as ‘The Chill River Resort’ is expected not only to boost cultural and eco-tourism in the area but also generate additional revenue for the new local Assembly and government for that matter.

The River Resort is situated on a 200-acre land overlooking parts of the Volta Lake which is the second-largest man-made Lake in the world.

On Sunday, 3rd November, this year, the resort became the venue for this year’s annual Anlo Hogbetsotso Festival regatta competition which was held among nine (9) teams of the Rafting and Dragon Boat Association drawn from the Volta and Greater Accra regions.

According to Mr. Michael Gamey, Manager of the Resort, the facility which became operational during the early part of the year, has become a place of comfort, hospitality and natural beauty for many people. It also provides a fantastic view of the Lake, the natural mangrove of the area as well as all the adjoining islands within the enclave.

Mr. Gamey told our news team that the Resort offers Standard and Family Suites, Holiday Homes, Bar and Restaurant as well as Water Sports amongst others. It also gives what he described as a vibe of sophisticated elegance and complete relaxation within a high-quality furnishing environment and amenities for use by clients and visitors.

Chief Executive Officer (CEO) of The Chill River Resort, Mr. Kofi Graham told our new team in an interview that the establishment of the facility is a fulfillment of a childhood dream following his interest in Angling, Natural Swimming, Adventure as well as Paradise Gardening.

According to him, The Chill offers everything that anybody wants in life, adding that it is good for the family, the ageing and all manner of people.

Mr. Graham disclosed that as part of efforts to encourage investment attitudes in many people, Management has introduced the home-share policy where individuals and family members can own a home at Tunu through raising a mortgage. He explained that such a home could occasionally be leased out for the owners or investors to redeem their mortgage as and when the need arises as it happens in Dubai in the United Arab Emirates and other countries around the world.

The CEO gave the assurance that his outfit would continue to do everything possible to make The Chill what he described as a home out of a home.

District Chief Executive (DCE) for the area, Hon. Seth Yormewu described the establishment of the facility as welcoming, saying apart from creating job opportunities for the teeming youth of the area, the Resort would go a long way to promote the district in eco-tourism amongst others.

He commended Management of the facility for the initiative and urged other investors both within and outside the district to take advantage of the numerous policies of government to invest in the district in particular and the country as a whole.