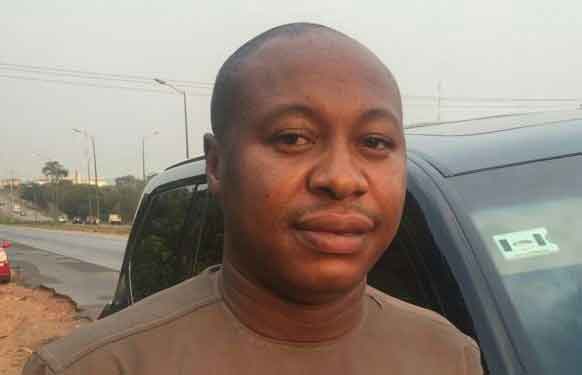 The first Vice Chairman of the ruling New Patriotic Party in the Central Region Ekow Ewusi has revealed that investigative journalist Anas Aremeyaw Anas tried on two occasions to bribe the secretary to the Inter Ministerial Committee on Mining, Charles Bissue but failed.

According to him on one occasion, the Mr. Anas sent an amount of 200 thousand Ghana Cedis as bribe to Mr. Bissue and he refuse and on another occasion and an amount of 2 million dollars which Mr. Bissue again rejected.

Mr. Ewusi opined that Mr. Anas is deeply involved in the illegal mining business and is involved with a company called Alaska C&J, which is a mining company and that he cannot absolve or extricate himself from the negatives that have plagued the mining industry in Ghana.

According to him, Mr. Anas having tried unsuccessfully to pin Mr. Bissue down with corruption, shot the current video which was premiered yesterday Wednesday February 27 2019 with the aim of soiling and tarnishing the Mr. Bissue’s image.

He said the move is a calculated attempt to get the president to remove Mr. Bissue from his position and put in someone that can easily be manipulated and corrupted, adding that the generality of the Ghanaian people have read in between the lines and are discerning enough to know what the motive of the latest Anas video is.

He said the 10 thousand Ghana Cedis that Mr. Bissue was seen receiving in the video has been accounted for and that Mr. Bissue did not put the money in his pocket, but gave it to the Inter Ministerial Secretariat and receipts issued to that effect.

He said the receipts are there for any member of the public who wants to verify to do so.