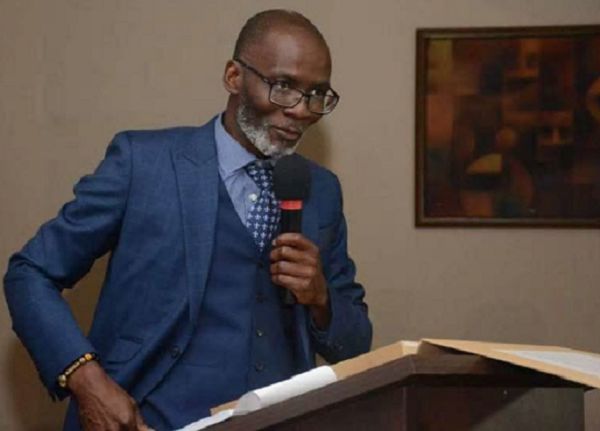 IS ANAS ENTERTAINING AND WINNING?

This piece runs the risk of being misunderstood but I think it is important to ask these questions, anyway.  In sum, based on what we know so far, we must seriously examine the work of Anas and his Tiger Eye investigations, specifically on corruption, by asking the provocative question whether or not it is achieving anything remarkable beyond (1) “destroying” the few “unlucky” people who get caught by his trap and (2) offering us great occasional entertainment.

His videos are sensational, especially the promos. We go to the theatre to watch them like how the Romans would get enthralled watching the Gladiators butcher each other. Are these blockbusters really helping us in the fight against corruption? Historically, has government used the “shocking” revelations from Anas’ videos to reprimand enough the individuals culpable and reform enough the institutions involved? I ask these questions with the hope that we will look back critically to help us move forward better.

Don’t get me wrong. I am all for naming and shaming. In fact, I am one of Anas’ biggest fans. I was also one of Anas’ first ‘victims’ by the way. Yes, as way back as 2002, he threw his searchlight, which was then on low battery, on me quite mischievously. I was a newspaper editor and he a reporter and also a student at the University of Ghana, who had a satirical column in the Crusading Guide. He once accused me FALSELY (with all the emphasis I can conjure) in his column of regularly joyriding (after Saturday football on Legon campus) predatorially in my small VW convertible around Volta Hall, presumably hunting for a beautiful prey. Of course, we laughed over it as friends. Those days, he was just a normal, ambitious, handsome young man, who did not need a mask and could be seen more easily and often by the Volta Hall ladies.

Jokes aside, I have ten questions to ask about our society and the impact of the “Anas Principle” and I will proceed to explain, where necessary, why the question.

Why: In other words, of all the people he has targeted, as an agent provocateur, he must tell us how many Ghanaians were able to resist the lure of the “free cash” he determinedly threw at them. It is obvious that he sets out determined to trap those he targets. If the success rate is extremely high, then one can argue that it is not just the individuals who are bad but that it is the society itself that is rotten to the core.

Why: It seems that in our transition from traditional authority through colonial authority and beyond to this day, we effortlessly and conveniently migrated the custom of taking gifts to the chief’s palace, to the office of the modern day public servant. One leader who sought to consciously preach against this wrong cultural cooption but didn’t hang around long enough to have the required impact was the anthropologist prime minister, Dr K A Busia. According to Busia, the normal situation under traditional setting was that a “Chief was wealthy in terms of the services he received, but he could not accumulate capital for his own personal use.” R S Rattray also details the various sanctions that could be applied against officials and chiefs who abused their office. It seems, therefore, that the custom of gift-taking was migrated into the post-traditional setting without the accompanying sanctions. Military rule could not destroy the distorted custom. Successive governments have been unable to curb it. Press freedom appears to be doing more in sensationalizing it. In downplaying this critical distorted cultural overhang throughout the generations, gift offering, as either an incentive or a show of gratitude, has become very much the norm in the eyes and minds of, ironically, the very society that would show anger and disgust from watching cash changing hands in Anas’ videos.

Why: Punishment alone may not be enough if the evidence is such that only a very tiny few get caught and, principally, the vast majority of Ghanaians, if pushed, just may accept a bribe if they feel they can get away with it. In the varicose veins of the matter is that, arguably, Ghanaians have been brought up in a society where it seems to be acceptable to give or take bribes or gifts. How did tiny Singapore do it? The same way an effective remedy can be infectious; accepting bribes is equally infectious, if not more so. I recall the ease with which police officers at checkpoints will call out my name, recognizing me as a lawyer and a journalist, and yet go ahead to demand a tip. I used to find it all so discouraging until I, unfortunately, also got used to the harassment.

Ref: A slogan established by the Centre for Civic Education set up in 1967 and headed by Dr Kofi Abrefa Busia. It said simply: “Don’t accept gifts; they are bribes. Don’t accept bribes, they corrupt”.

9. Can the very journalists critical to winning this fight against corruption say they themselves are not caught in this enduring distorted culture that blurs the lines of gifts and bribes?

Why: When a journalist, who is on the payroll of his employer, covers a programme and is offered an envelope with cash by the programme organiser before the reporter goes back to file his story, is that a bribe or an acceptable appreciation gift? Better still, does the journalist who accept the “soli” see it as a bribe? Or, is it EXCUSABLE because journalists are known not to be paid well and, therefore, rely on “solidarity” envelopes to supplement their meager income?

Why: As harsh as it may sound, that is what it looks like in many ways. It is only the judiciary that can be arguably said to have so far taken some serious measures after an Anas video. Even there, the details of reforms are yet to be properly articulated and can we confidently say that the judiciary has since improved on the integrity scale? The FA matters that hit the international media last year are still being looked into and how that may change football administration in Ghana, the people await with skepticism. Not to mention his other exposés.

The expectation is that how we treat Anas’ work as a nation may now change for the better under a president who said nearly a decade ago that he would seek to institutionalize the “Anas Principle” to change the culture of widespread bribery in our public sector to one of FEAR of being caught and punished for it. We wait with bated breath how that institutionalization will manifest.

Replacing in our society the culture of corruption with a pandemic culture of FEAR OF CORRUPTION under a democratic setting, where the wheels of justice grind boldly may be the only way to cleanse our society for a cleaner future.

Emperor Tiberius infamously offered retired gladiators tantalizing cash to persuade them to return to the arena of maimed and death. Many did to die on the sword of others.