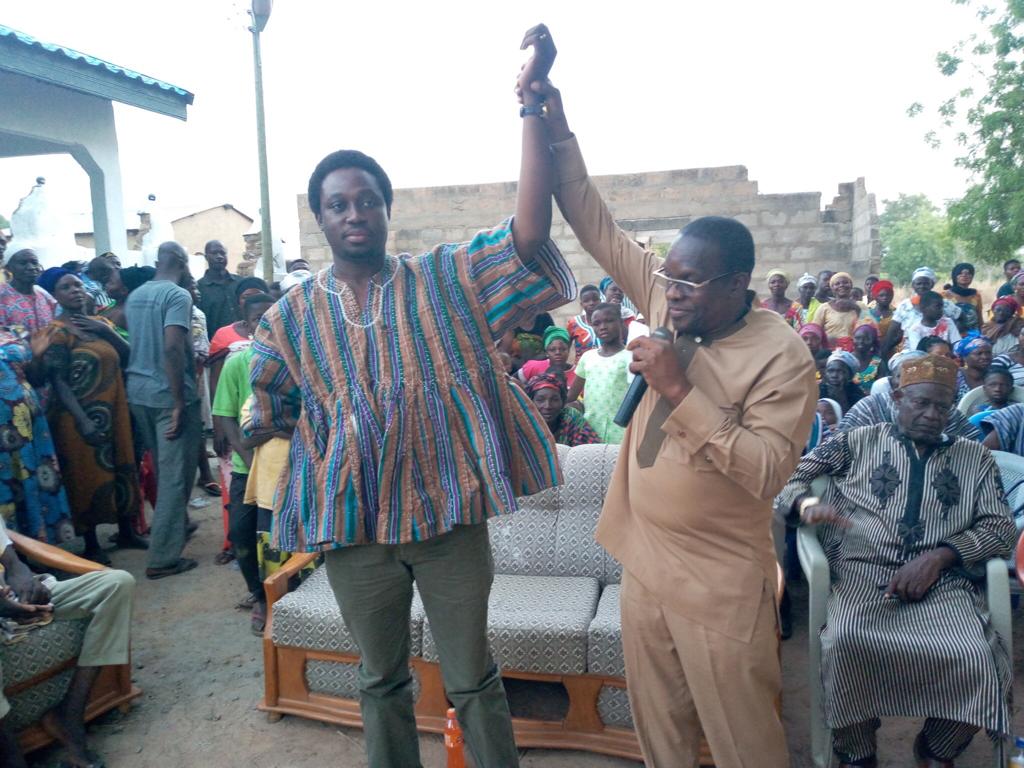 The Member of Parliament for the Nadowli-Kaleo Constituency in the Upper West Region, Alban Sumana Kingsford Bagbin over the weekend introduced his successor to his constituents.

Anthony Mwinikaara Sumah has been elected by the opposition National Democratic Congress (NDC) to take over from the longest serving Member of Parliament in Ghana, Mr. Bagbin who has been the constituency’s legislator since 1992.

BestNewsGH.com sources recorded Mr. Bagbin as saying he has already introduced Mr. Anthony Mwinikaara Sumah to the elders and national executives of the NDC in Accra.

Mr. Bagbin who described his successor as his son, intimated his resolve and commitment to support him and to ensure that he retains the seat for the NDC.

The introduction was done Kaluri near Sankana, Gbankor and Kandomwini and saw the veteran lawmaker who is also the Second Deputy Speaker of Parliament, promising to help win the seat and to support the successor fully deliver development to the constituency.

On his part, Mr. Mwinikaara Sumah said he was lucky to have a father in the outgoing lawmaker, saying Mr. Bagbin was a mentor and a guardian whom he will closely work with.

He added that he was happy and challenged at the same time by the huge and successful legacy Mr. Bagbin built in the constituency.

Share thisThe President of the Republic, Nana Addo Dankwa Akufo-Addo, on Thursday, 10th September 2020, inspected ongoing work on the construction of the $16 million Weddi Africa tomato processing factory located in Domfete, in Berekum, Bono East Region. The factory, a project operating under Government’s 1-District-1-Factory initiative, is a wholly-owned Ghanaian company, which will have […]