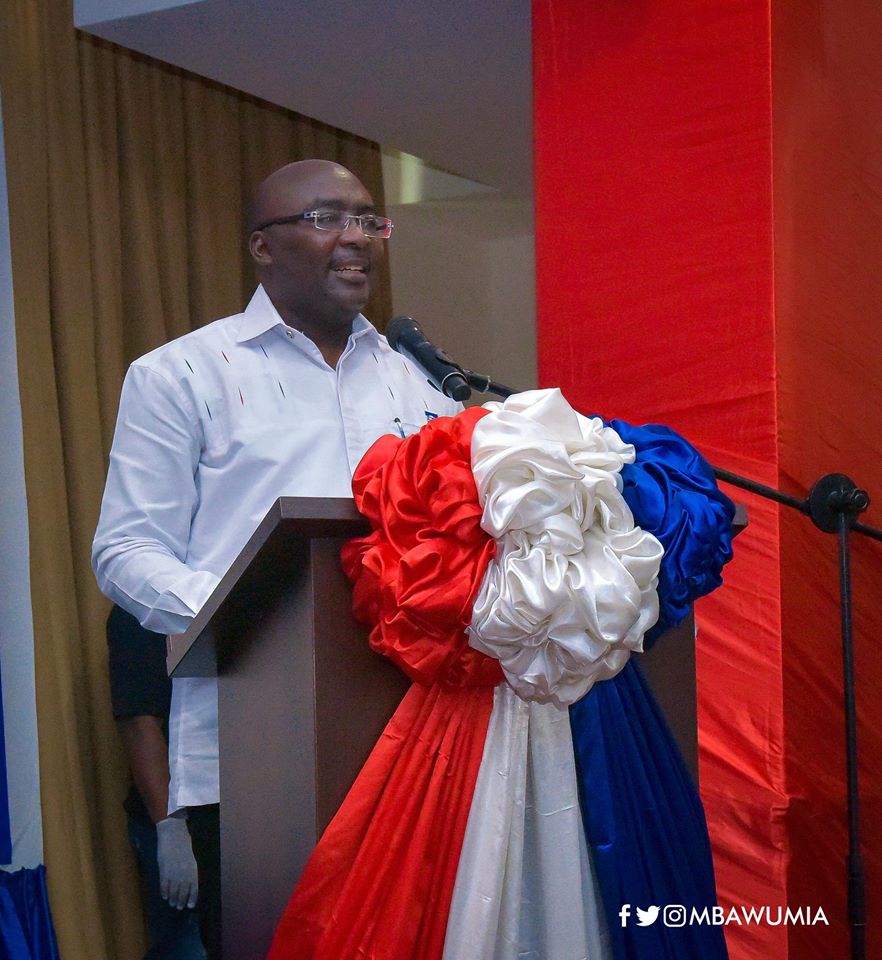 The Akufo-Addo-led government has spent GH¢20.14 billion in implementing the Free SHS, banking sector clean-up, recruitment of 100,000 NaBCo beneficiaries and restoring teacher/nursing trainee allowances, as at the end of 2019.

Vice President Mahamudu Bawumia, who announced this on Saturday, during his acceptance address as President Akufo-Addo’s running mate for this year’s election, said government spent over GH¢15 billion in the banking sector clean-up to save depositors’ funds, two billion Ghana cedis annually on Free SHS and recruited 550,000 public sector workers.

Recounting some successes chalked so far by the ruling government, Dr Bawumia mentioned the abolition of 15 ‘nuisance’ taxes, scrapping of import duties by 50 per cent, paid GH¢2.1 billion NHIS arrears, restored Book and Research Allowance for university lecturers, increased the capitation grant, and restored the teacher trainee and nursing allowance.

Additionally, it had reduced electricity tariffs by 10.9 per cent compared to 264 per cent cumulative increment under NDC administration, resolved the frequent power outages (dumsor), which the previous government failed to manage well, resulting in collapse of many businesses, government had provided Scholarships to 40 students from Zongo and Inner City communities to study medicine in Cuba, free supply of water to Ghanaians for three months and subsidised electricity tariffs for residential and commercial consumers due to the adverse effects of COVID-19 pandemic.

The government, he said, had provided one billion Ghana cedis stimulus package for micro, small and medium scale enterprises and three million Ghana cedis from selected commercial banks to support businesses, saying; “Any claim of better management of the economy must ultimately reflect in the lives of the people and reduce their sufferings”.

Dr Bawumia indicated that available data clearly showed that the Akufo-Addo Government had out-performed the NDC Government and urged Ghanaians to renew the mandate of the President for four more years to bring economic prosperity to all and efficiency in public service delivery.

Dr Bawumia said the ruling government had fulfilled 78 per cent of the promises the NPP made in the 2016 electioneering campaign and expected to redeem more of the promises by the end of its first term in office.

“We have been able to do all these because of the visionary and strong leadership of President Akufo-Addo.

“We have managed the economy better compared to the abysmal performance of the NDC government that could not even pay GH¢60 million for teacher trainee allowance and cancelled it,” the Vice President said.