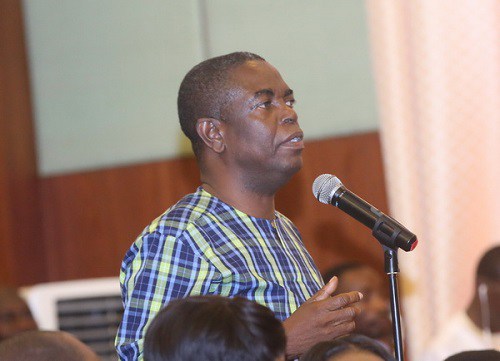 According to him, almost all the current top level management staff will be retiring in or before 2020, paving way for the appointment of an entirely new set of management for the commission.

Speaking during a recent public forum on electoral violence in the country at the instance of the Coalition for National Sovereignty, Mr. Pratt noted that such a move will be the first in the history of the country and that all opposition political parties must be worried about the situation.

According to Mr. Pratt, such a thing must not be allowed to happen in the country’s current democratic and political dispensation, explaining that it will be very dangerous to allow government and the ruling party will have absolute control of the EC.

He said having appointed the EC Chairperson, her two deputies and other commissioners, the impending appointment of the new set of top level management into the commission by 2020, will mean that the president and the ruling New Patriotic Party (NPP) will be in full control of the commission, a trend he described as worrying.

Mr. Pratt took a swipe at the opposition political parties for what he described as their laxed attitude in putting the incumbent government in check.

He is advocating an intense and sustained pressure on government, pointing out its weaknesses and holding it accountable.