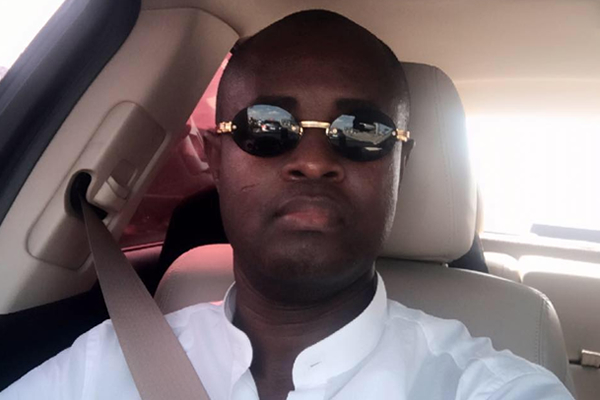 Spokesperson to the John Mahama 2020 campaign team, James Agyenim Botaneg has taken a dig at President Nana Addo Dankwa Akufo-Addo as someone who is not well grounded in terms of understanding the queen’s language.

In what seems to be an attempt to ridicule the president, Mr. Agyenim Boateng took to social media and wrote ‘’It is a shame that the president of Ghana considers ‘’collapse’’ as a synonym for the word ‘’review’’. We may have to get him a thesaurus’’.

His comments come in the wake of President Akufo-Addo’s assertion that pronouncements by the opposition National Democratic Congress (NDC) about reviewing the free Senior High School policy means the party will collapse the policy.

The president who was speaking during a town hall meeting with Ghanaian residents in Washington, USA, went further to cite some policies that were reviewed by the NDC including the one term NHIS premium which eventually collapsed to buttress his point.

See what Mr. Agyenim Boateng posted on social media below. 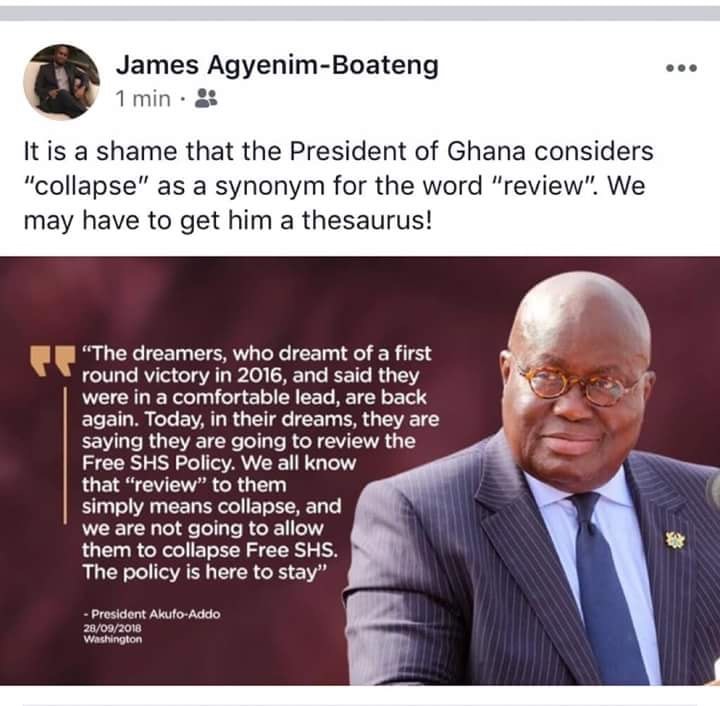