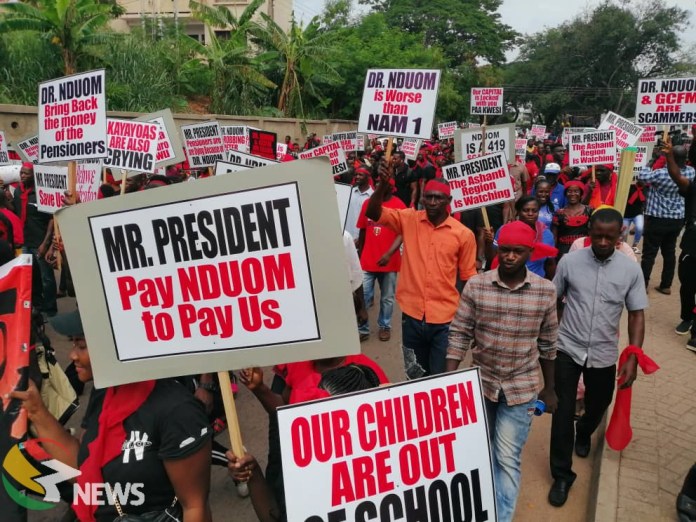 Some aggrieved customers of Gold Coast Fund Management (GCFM) have petitioned the Economic and Organised Crime Office (EOCO) to investigate the directors of the investment firm.

Assuring to offer their full cooperation during the probe, the customers claim their investments have been illegally transferred to Liberia and the US by Dr Papa Kwesi Nduom, the President of Groupe Nduom.

“Our own investigation shows that monies had been transferred to Liberia and US through illegal means to conceal the funds,” the customers stated in the petition dated 17 May, 2019.

They also alleged that a part of their investments has been used by the firm to set up different companies in the name of different directors and shareholders “without due process”.

“Several properties had also been acquired in different names by Dr. Papa Kwesi Nduom all with intentions to conceal the funds.”

They want EOCO to begin investigations “as a matter of urgency and in the larger public interests”.

GCFM has come under fire recently from customers, who claim their investments are locked up despite assurances from management.

Some have demonstrated to demand their monies.

They threatened to proceed to the seat of government, Jubilee House, if their monies are not returned to them.