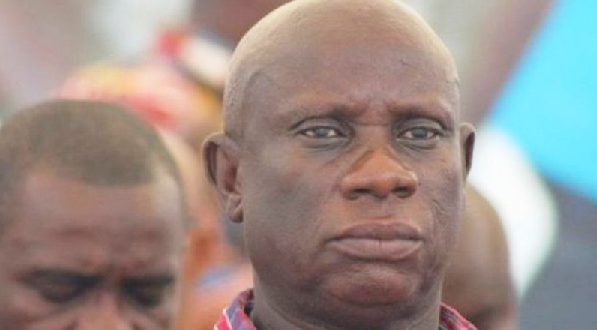 Recounting the challenge he encountered when he was secretly recorded by his own party men during a meeting, a recording which nearly cost him his job, he said the hand of God was upon him and that all those who vilified him at the time must be ashamed of themselves as no human being was immune to such temptation.

Mr. Obiri Boahen said the two gentlemen in the opposition NDC were very vociferous, lambasting him when the issue occurred, adding that his retention as deputy General Secretary of the party should bring shame to his detractors.

‘’Asiedu Nketiah was my mate in Legon and he should even have been the one talking for me, but he was the loudest. Koku Anyidoho was very vociferous saying ‘Obiri Boahen is finished’, it was Allottey Jacobs together with Yaw Boaten Gyan who spoke for me during those trying moments. Today the two of them are in a tango and Asiedu Nketiah is very hot because the same Koku Anyidoho is challenging him’’ he said on an Accra based radio station and monitored by BestNewsGH.com

‘’Today I am speaking as a man of God, as a child of God and as someone who has gone into a big temptation before. It is when some of these things happen that you get to know who your true foes are. I have learned a very big lesson and I will advise that we should not always be in a hurry to judge people when they fall into temptation’’ he said.

Mr. Obiri Boahen was deeply grateful the leadership of the party particularly, the president, the national chairman Freddie Blay, the General Secretary John Boadu, the National Executive Committee and the National Council for glossing over his indiscretion in the past and vouching for his integrity by retaining him as the party’s deputy General Secretary.