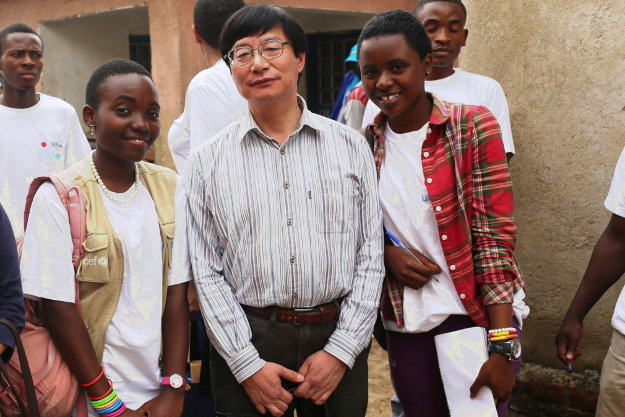 The rising debt of African governments, including Ghana, is preventing the Japanese government to give financial assistance to the African private sector, the Director of African Affairs Development at the Ministry of Foreign Affairs of Japan, Mr Shigeru Ushio has said.

According to him, although the Japanese government had the intention to support African private sector businesses with some level of financial assistance, the debt of African governments to some developed nations “is making it entirely difficult for such support to be released”.

“The Japanese government plans to extend more support to deepen their relationship with Africa but the debt problem of African governments is making it hard to assist the private sector businesses with financial support,” Mr Ushio said.

The two-day event, which will take place in Tokyo on October 6 and 7, will focus on discussing the directions and possible priorities of TICAD Seven scheduled to take place in August 2019 at Yokohama in Japan.

The event will also enable participants to review the progress of commitment and priorities set out in TICAD Five and Six.

TICAD is a conference held regularly with the objective to promote high-level policy dialogue between African leaders and development partners.

The event is organised by the Japanese Government in partnership with a number of international organisations.

Explaining some of the reasons why the Japanese government was not interested to give the African private sector money for investment, Mr Ushio said in the case that the private sector was unable to give back the financial support, the government’s would not be able to step in.

“Already their governments are owing so how could they step in to get the private sector businesses to pay,” he said.

Nevertheless, Mr Ushio said the Japanese government remained committed to supporting Africa to rise above it development challenges and attain their economic goals.

“The Japanese government will continue to assist African governments, especially in the area of infrastructure and energy,” he said.

Earlier, an official from the Japan Foreign Ministry said the rationale behind the organisation of TICAD was to strengthen the relationship Japan and African countries through bilateral meetings.

Over the past years, the official said the Japanese government had invested heavily towards assisting Africa address it development challenges.

The official said most of Japan’s investment had gone in developing quality infrastructure  as the foundation for African economy.

With regards to TICAD Seven, the official said attention would be geared towards the private sector activities as the core of economic development.