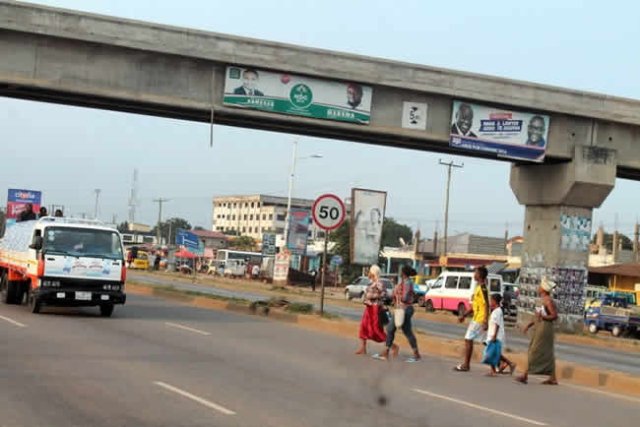 The Ministry of Roads and Highways has announced that work on the six (6) uncompleted pedestrian bridges in Adenta will commence within a week.

Temporarily, the Ministry in collaboration with the Interior Ministry has requested the Ghana Police Service to deploy officers of the Motor Traffic Unit to prevent further deaths.

A statement from the Inter Ministerial Committee on road safety issued on Thursday night, said government regretted the deaths of residents who had been killed by speeding vehicles. The statement further said work had already been ongoing in recent weeks to address the situation and that procurement processes were now near completion.

Contractors working on the project abandoned the project as a result of failure by the Mills-Mahama administration to honour payments due them.

As part of efforts to renew work on the project, the Akufo-Addo administration settled 50% of their debt and has been working to get work resumed in November 2018.

Though official Police records say twenty-four (24) deaths and sixty four (64) injuries have been recorded on the stretch this year, media reports suggest almost two hundred (200) pedestrians have been killed.

Contractors handed over the project without completing the bridges. The Ministry says it is making frantic efforts to correct the situation and appealed to residents to assist in containing the situation.

See below, the joint statement as issued by the inter-ministerial committee. 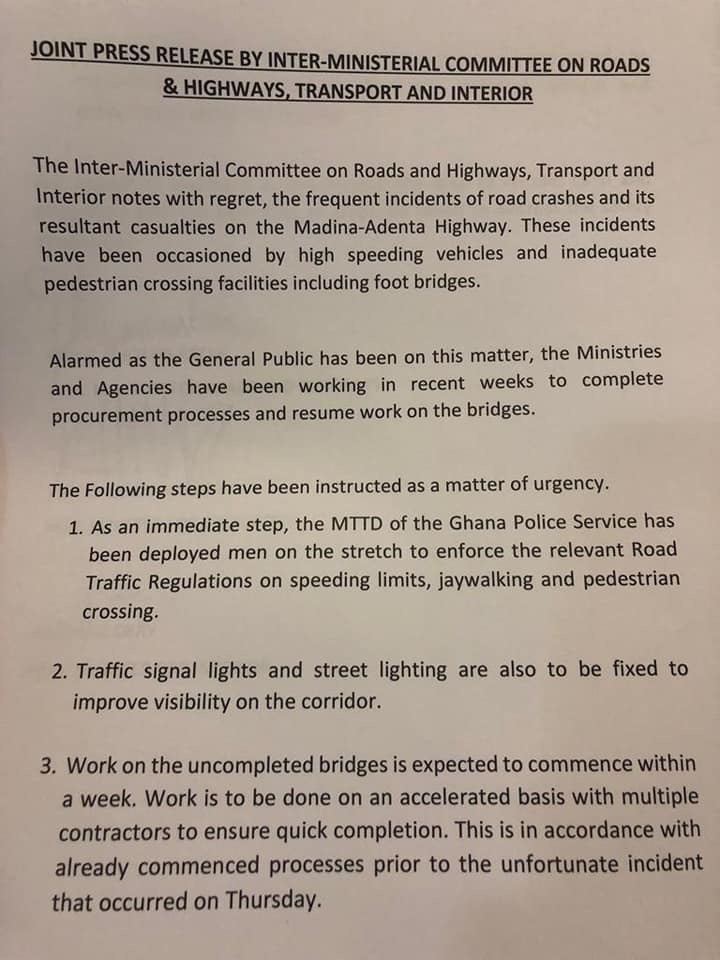 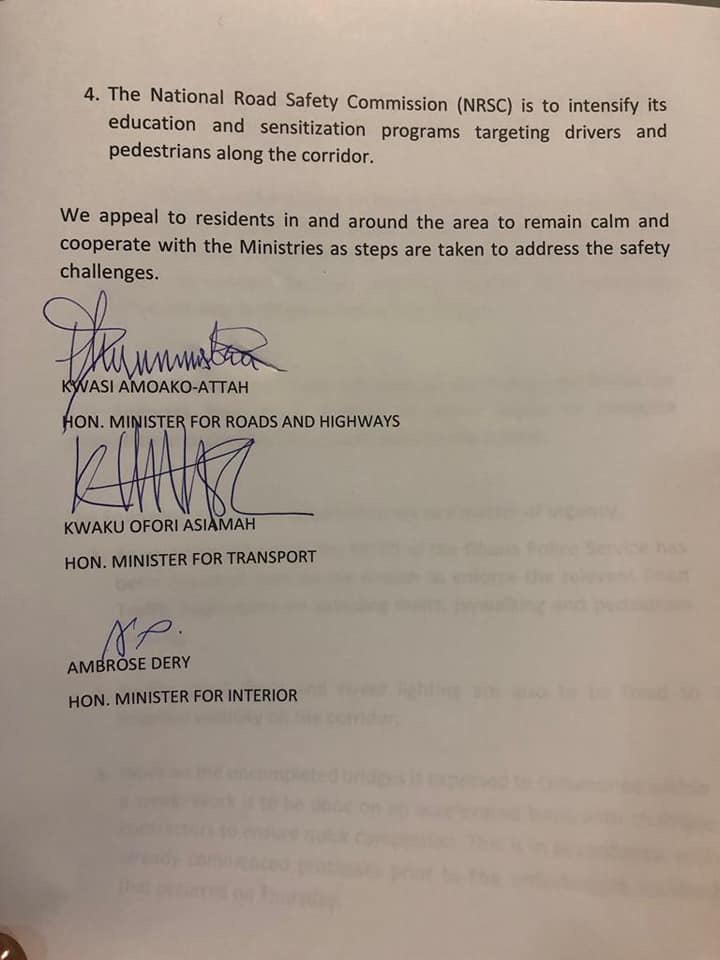