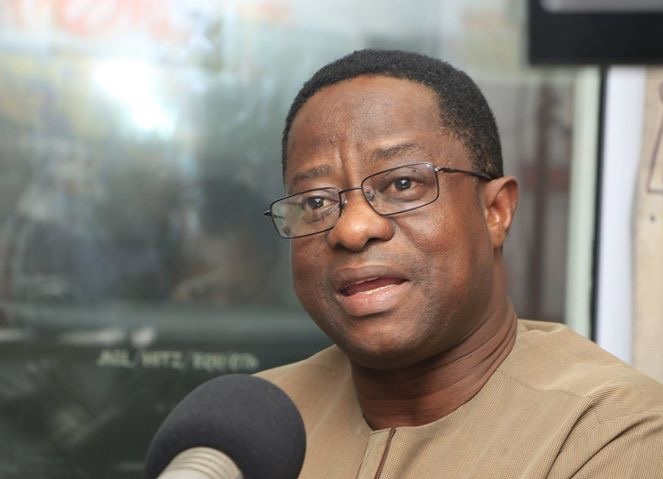 A statement issued by the think-tank and signed by its Executive Director, Dr. Benjamin Boakye stated in part that ‘’the addendum presents a more favorable liability for government than the original contract terms; proposing a saving of $51.3 million. This delayed outcome is a result of direct engagement with the contractor who had delivered on the expected terms of a binding contract, for which reason ACEP was convinced from the beginning that good faith was the only ingredient required for a renegotiation. The renegotiation arrived at some savings on the variable charges and the capital recovery charges’’.

It continued ‘’ACEP commends Government for bringing closure to the disagreements. We recommend that the payment schedule of debts be duly followed to allow government benefit from the full cost saving of the $2.8million waiver by AMERI. We also recommend that similar closures should be brought to all contracts under renegotiation to allow for proper planning of the power sector which is inundated with many challenges’’. 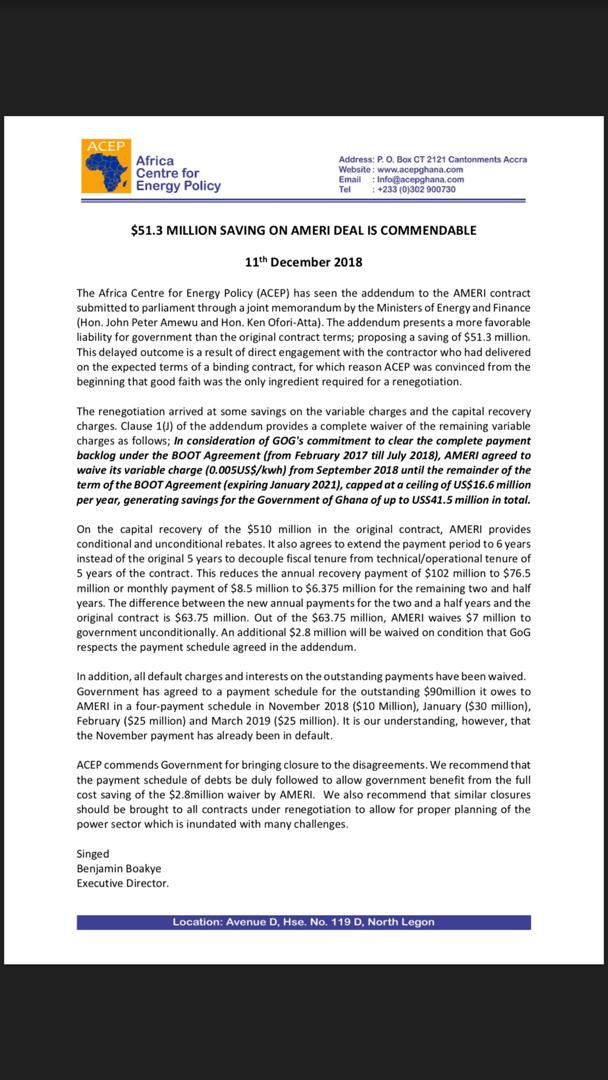