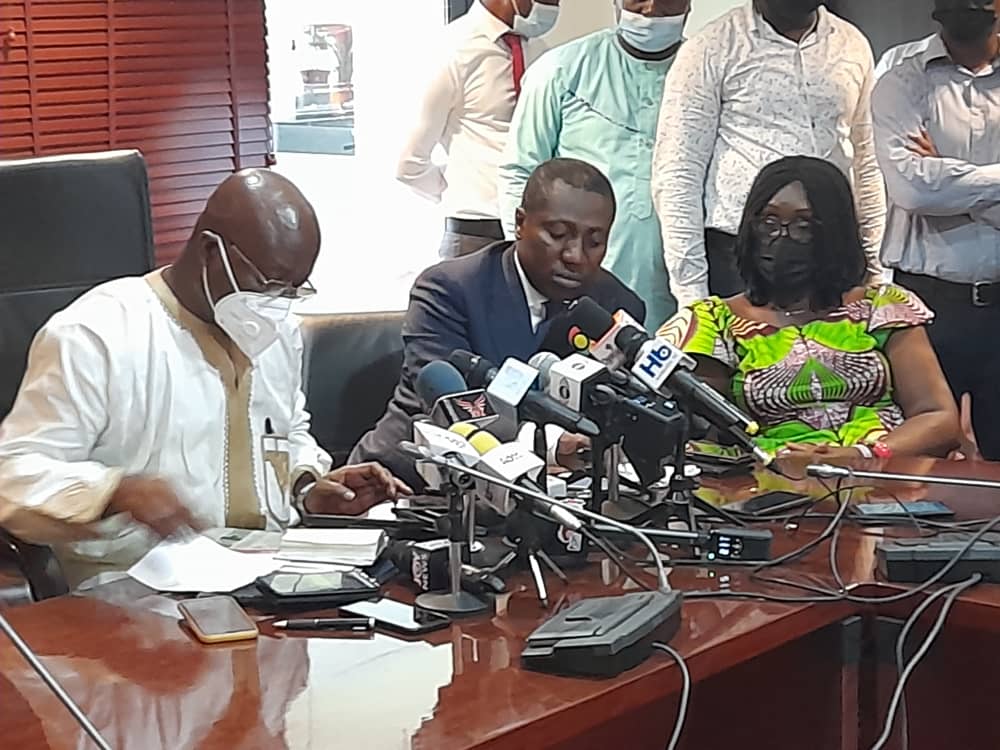 The Majority in Parliament has urged their Minority counterparts to respect the decision by the Supreme Court that a Deputy Speaker presiding over parliamentary proceedings reserved the right to cast his vote on matters, and be counted as part of the quorum for decision-making in the House.

It said if a member of the party had taken a case to the court and the party had lost, it must learn to accept defeat graciously.

Addressing the press in Parliament Thursday (March 10, 2022), the Deputy Majority Leader, Mr Alexander Afenyo-Markin, said it was incumbent on political parties to respect the decisions of the highest court of Ghana.

“If the Minority continue to breakdown the institutions of democracy, one day they will come back to cross the bridge and there will be no bridge to cross back home. The NDC is destroying everything needed to sustain good governance and is not how to operate a democracy as extremist attacks are not the way to go,” he said.

Mr Afenyo-Markin said the New Patriotic Party (NPP) had a tradition of testing the law and resolving issues in the court where the party had difficulties in public discourse.

With the party winning and losing some of the cases, he said in all situations the conduct of the NPP had been respecting the rule of law.

“Unfortunately, for our colleagues anytime they go to court and they lose, they attempt to scandalize the court,” he said.

He cited a 2015 delivery of a landmark decision by the Supreme Court in the case of Kojoga Adra against Paa Nii Lamptey and the Attorney-General.

In that case, he said the then Minority contended that those who were holding public offices and were also vying for positions in the NDC amounted to a breach of Article 94 (b) of the Constitution.

“We argued this in the public space and when it did not find favour, we went to the Supreme Court,” he said.

He said the contention of his client, Kojoga Adra, was to the extent that Article 94 (b) had listed certain categories of public servants such as a member of the police, prisons, the armed forces, judiciary, legal, audit service, statistical service, fire services, etc, who were prohibited as ineligible to be Members of Parliament and could also not hold party office.

“So, our contention was that Ghana Highways Authority (GHA) and Ghana Education Service (GES) officials who were contesting for NDC party positions, by parity of reasoning, should also be prohibited because they all came under the public service category.

However, the Supreme Court, in a 7-0 majority decision, ruled unanimously on July 15, 2015 that to the extent that the framers of the Constitution did not include those public servants – GHA and GES -, they could not add them.

“The court ruled that they would restrict it to those who have been prohibited and it is the same principle that has found its way in today’s Supreme Court’s case,” he said.

He added that: “We accepted the decision and we did not scandalize the court and the party members of the NDC were happy to contest for positions and that is how come officials of the GHA could contest for NDC party positions.