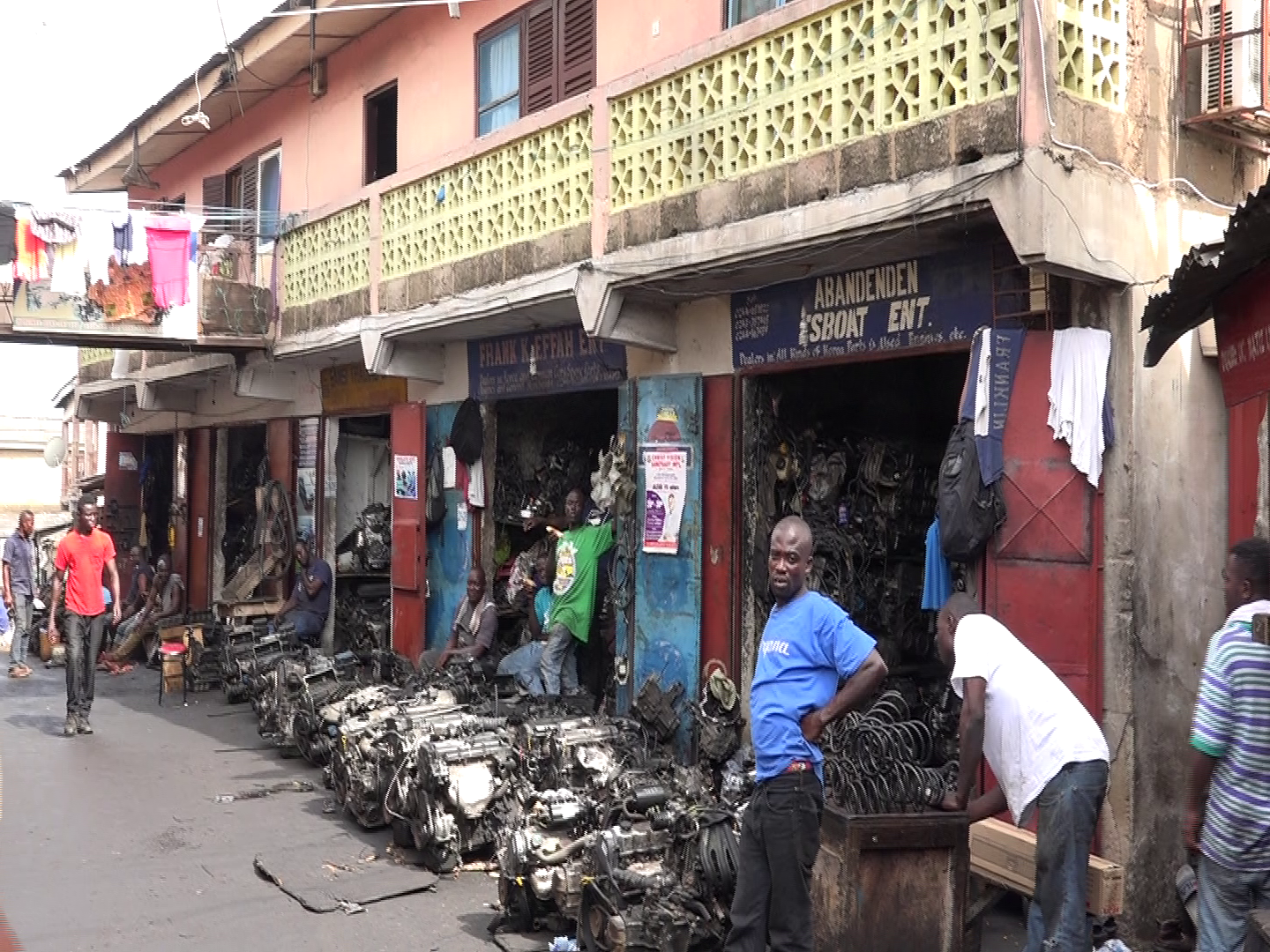 Auto spare part dealers at Abossey-Okai have appealed to Government to include their imported goods to the general goods category that enjoy a 50% slash in benchmark values.

According to the auto spare parts dealers, their goods did not see a reduction in duty values when as was announced by the Vice President and therefore has never seen any such reduction thus far.

“We were happy upon hearing the news but the 50% reduction does not affect spare parts. However, the 30% reduction on vehicle is happening.”

“It’s a good initiative but is not helpful for spare part dealers,” other traders said.

The informal auto spare part dealers say they have been inundated by calls and requests from their customers questioning whether their prices have not been reduced but their responses to them have been nothing but disappointment.

It will be recalled that on Thursday, March 2, 2017, the Finance Minister Ken Ofori Atta announced abolishment of some taxes he described as nuisance and having “no revenue yielding potential, and at the same time impose a significant burden on the private sector and on the average Ghanaian citizen.”

So could this be the reason it does appear so far that duty values on auto spare parts have not been affected by the current announcement of reduction in duty values?

But the commissioner of Customs in an interview with Eye on Port insisted that all general goods are to be affected by the 50% reduction and home delivery values of cars affected by the 30% drop.

The President of Ghana Union of Traders Association (GUTA), Dr. Joseph Obeng, however, revealed that his outfit had reported to the commissioner of Customs that importers of auto spare parts and used clothing were not enjoying the 50% reduction on goods.

According to the GUTA president, his outfit and the office of the Commissioner agreed that these items will soon be part of goods that enjoy the reduction.

“For the coming weeks, I think everything will be normalised. We were discussing some of the modalities of the Abossey Okai and second-hand clothing traders and we have finished with the modalities and so all is set,” he disclosed.

The Abbosey Okai auto spare part dealers requested that government always takes time to explain to them to understand some of the various incentives that are meant to benefit them before rolling them out in the Public Domain otherwise, the intended purposes of ensuring economic relief of the people may not be achieved.

They cited concerns that till date, they cannot tell what taxes on spare parts government claims to have abolished on their behalf as announced in the 2017 budget statement largely because they did not even know what taxes they were, hence could not demand for its implementation.

“The dollar rate is another major factor and so even if there’s a reduction and the cedi depreciates, it won’t change anything.  Government must specify the goods affected by the directive,” a dealer bemoaned.

The auto spare part dealers also lamented that Government should act rapidly towards stabilizing the cedi as it is one major source of the high cost of doing business.

“We are begging our President to see to things so that we can also know how to go about the pricing for buyers.”