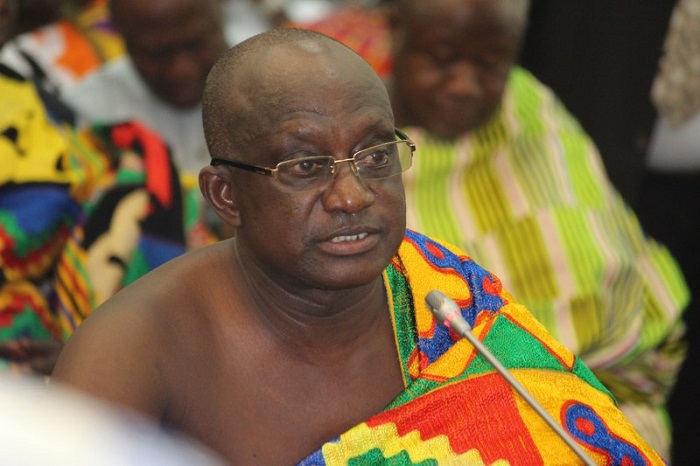 The party communicators popularly referred to as serial callers have accused the Minister of neglecting them and refusing to give them jobs.

They destroyed party communication gadgets and sim cards procured for them to propagate the party’s message in the region yesterday.

The youth have called on the president to fire the regional Minister with immediate effect as they believe his continued stay in office will dwindle the fortunes of the party, particularly during the 2020 elections.

But the Minister has denied the allegations, indicating that he has instructed all District Chief Executives (DCE) in the area to contribute 1 thousand Ghana Cedis each while he himself contributes 2 thousand cedis monthly to help run the party machinery in the region.

According to the Minister, the serial callers are being diabolic and are ungrateful, stating that he has directed that they should be paid a monthly stipend of 200 cedis each and an additional 150 cedis each for recharge cards.

He explained on Accra based Okay Fm and monitored by BestNewsGH.com that the youth were given the money which they rejected, saying it was small.

According to him, even when he was a member of parliament while the party was in opposition, he was able to support them, adding that, now that the party is in power, he was even doing better.

He labelled one of the leaders of the serial callers, Kwabena Nyame a lier, saying the leader is on a mission to soil his reputation.

He also described as false, assertions by Kwabena Nyame that he has been refused contracts to execute, daring the host of the programme to verify with the mayor of Kumasi.