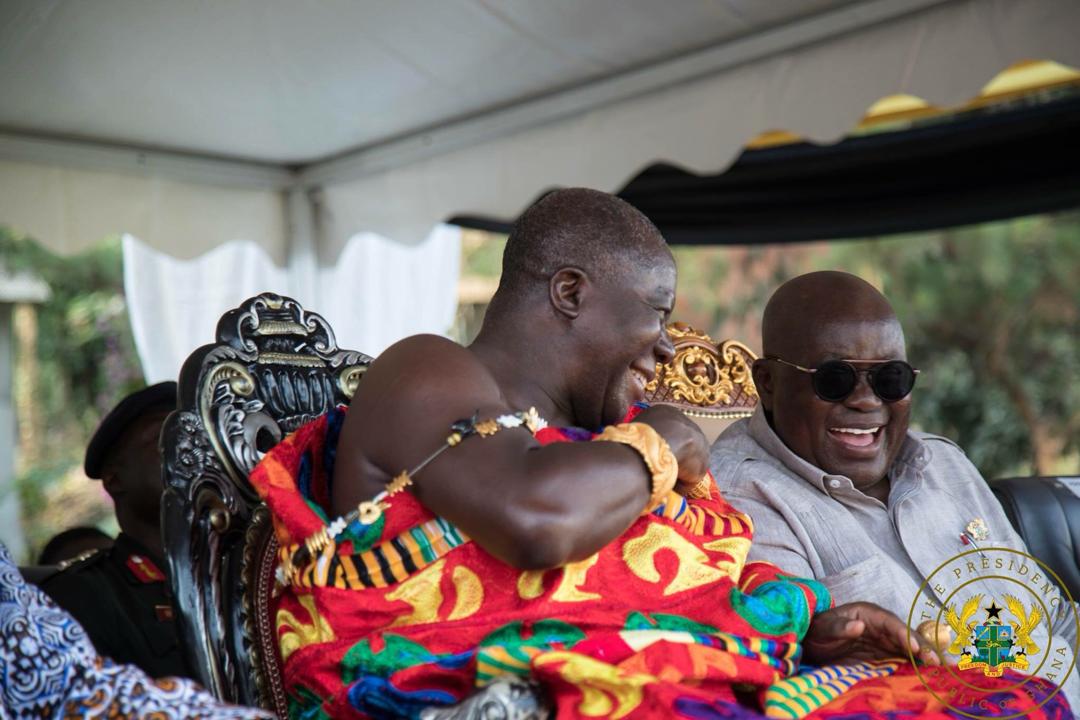 The President of the Republic, Nana Addo Dankwa Akufo-Addo, has re-opened the Anglogold Ashanti gold mine in Obuasi, which had been effectively closed since 2014, in fulfilment of a campaign pledge he made to the people of Obuasi on 15th July, 2016, in the run-up to the 2016 general elections.

Addressing the Chiefs and people of Obuasi, on Tuesday, 22nd January, 2019, President Akufo-Addo noted that upon his assumption of office, a series of discussions and negotiations took place, the end-result being the re-development project of the Obuasi mine.

“In order to help Anglogold Ashanti secure the needed investment for this project, Government had to provide a number of fiscal incentives, and guarantee the stability of the project against changes in the legal environment, especially in the early years of the mine’s operations,” he said.

The President continued, “It is expected that all the agreements reached, including the vigorous implementation of domestic content policy, will be scrupulously honoured and performed. The initial investment in the redevelopment project is $881 million, with a total investment of $1.6 billion projected for the entire 22-year life of the mine. The whole investment package has been approved by Parliament.”

With an estimated two thousand, five hundred (2,500) jobs to be created, he was confident that Obuasi, a once vibrant town, will be brought back to life again, with an improvement in the living circumstances of its residents.

Additionally, President Akufo-Addo noted that Government is expected to rake in some US$2.16 billion in revenue over the next twenty-two (22) years, in royalties and corporate and withholding taxes.

“I assure management and staff of the mine that the sequence of events that led to the closure of the mine will not recur under the watch of this Government. The days of forceful encroachment on the concession of the company, as witnessed between 2010 and 2016, are over,” he added.