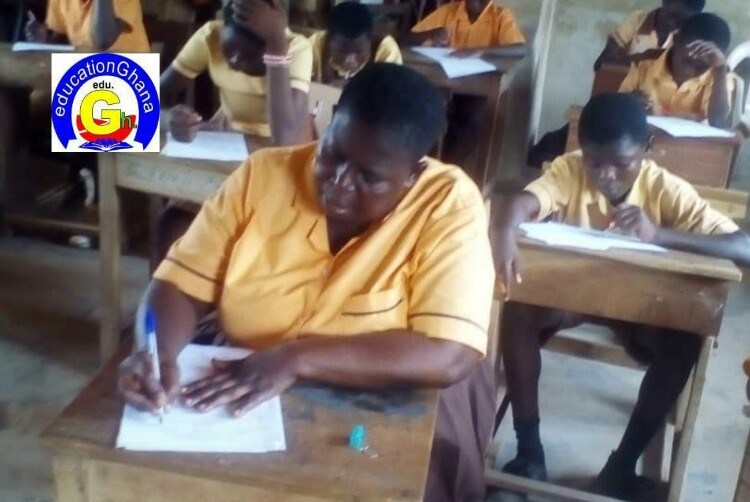 The Assembly Woman of Eduadin in the Bosomtwe District of the Ashanti Region, took part in the End of Term Examination conducted by the Aputuogya D/A Primary School.

EducationGhana’s visit to the school during the examination period saw the Assembly woman busily writing her English Language paper.

Though being the eldest in the class, she never felt intimidated by the circumstances around her.

Hon. Yaa Boatemaa is the Assembly member of the Eduadin electoral area in the Bosomtwe District of the Ashanti Region Region.

She got enrolled in to the Aputuogya D/A Primary to achieve her academic laurels in Basic 6.

The Hon. Assembly woman and a mother, believes Education is the bedrock of every district’s development.

She believes her Children must take their Education seriously since that as the only way they could benefit from the Government’s flagship Free Senior High School Education.