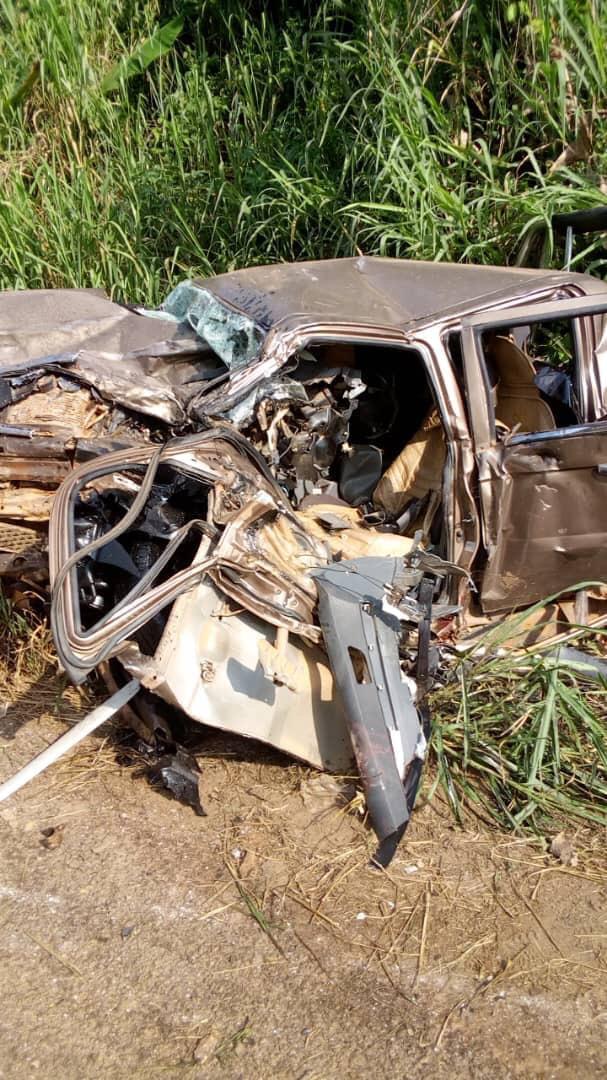 7 people including two Chinese Nationals have died in a gory accident Sunday evening.

The accident, according to reports, occurred at Bonsam Nkwanta, near Nyinahini in the Atwima Mponua District of the Ashanti region.

The identities of the deceased including the two Chinese are yet to be ascertained.

An eyewitness who spoke on condition of anonymity said the Chinese, who were in a Toyota Pickup were heading to Kumasi from Bibiani when they collided head-on with a Sprinter bus which was also heading to Bibiani.

“The Chinese collided head-on with the Sprinter Bus after an unsuccessful overtaking” he revealed.

The Pickup of the Chinese was dismantled beyond recognition, due to extent of the collision.

About 8 people sustained various degrees of injuries and were rushed to the Hospital whiles the mortal remains of the deceased were conveyed to the Mortuary for autopsy. 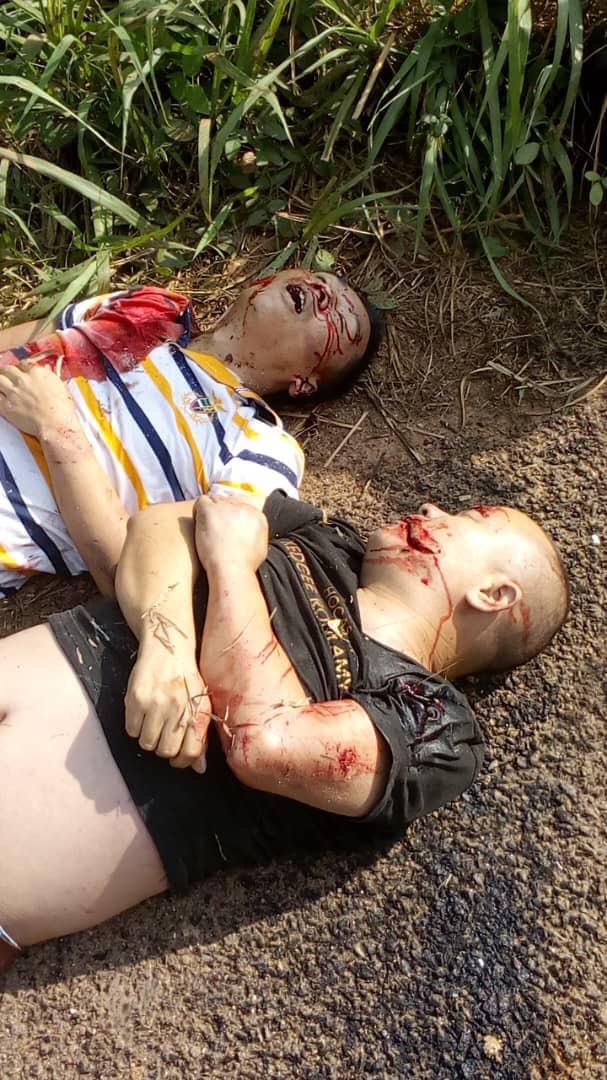