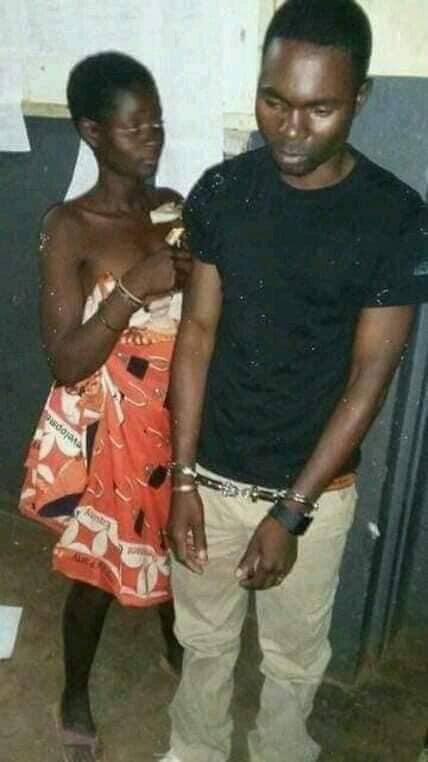 A 29 year old man who was caught having sex with a mad woman has been arrested by the Nigerian Police Force and is being processed for court for taking advantage of the condition of the mentally retarded woman.

Edwin Okafor was arrested yesterday, Tuesday March 2 2019 in Nigeria after he was caught in the act and has since been in police custody assisting with investigations.

It is believed that the suspect has been perpetrating the illegal act against the mentally deranged woman for some time now.

Eye witnesses who live close to the suspects apartment explained that the suspect has been dragging the mad woman into his apartment late in the night and will usually bring her out early in the morning.

While many suspect the man was perhaps using the mad woman for purposes of money rituals, others also think he was merely using her to satisfy his sexual libido.

Curious neighbours suspected him and paid more attention to his movements and activities with the woman leading to his arrest yesterday after he was caught in the act red handed.

It remains unclear what will happen to the woman as many believe the Nigerian government should try to help her by putting her in a rehabilitation centre.