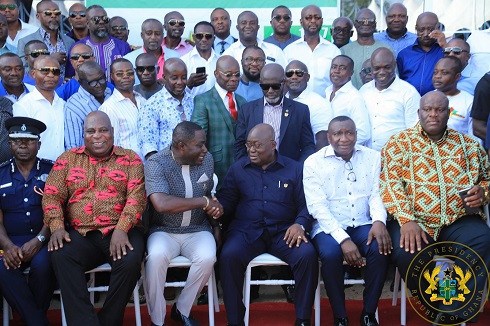 The National Organiser of the ruling New Patriotic Party (NPP) Sammi Awuku has revealed that the name of some top party persons have popped up as possible replacement for the late Member of Parliament for the Ayawaso West Wuogon Constitunecy, Emmanule Kyeremanteng Agyarko.

According to him, two top names emerged from the Despite Group of Companies but the persons declined and said they were not interested in contesting the seat when they were contacted by the leadership of the party.

He noted that the name of the Minister for Trade and Industry, Allan Kyerematten also came up strongly alongside that of an ex Ghana International Footballer both of whom have also turned down the request.

Mr. Awuku continued that other names such as Nana Yaa Aboagye, NPP Deputy Communications Director, Member of the Council of elders of the party in the constituency, Nana Wereko Ampem as well as the constituency youth organizer, Frank Owusu among other have also come up strongly.

‘’One thing I am sure about is that, yes the names of the two women (wives) of the late MP have also come up but those close to them have indicated that they haven’t voiced their intention to contest the seat. I want to put that on record. They have not said they want to contest the seat. So that line must be drawn’’ he added.