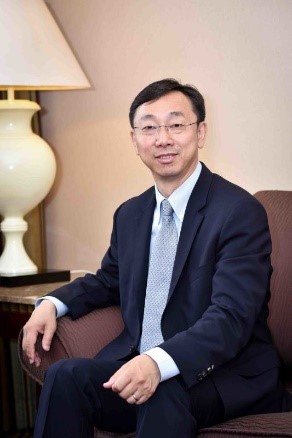 Ghana is set to receive $185.2 million following a successful completion of the seventh and eight reviews under the Extended Credit Facility (ECF) support arrangement by the International Monetary Fund (IMF).

The Executive Board of IMF approved Ghana’s request for a waiver of the non-observance of a few programme targets.

The three-year arrangement was approved on April 3, 2015 for about $925.9 million or 180 per cent of quota at the time of approval of the arrangement.

The arrangement aimed at fixing an economy dogged by inflation and high public debt, and has succeeded in restoring debt sustainability and macroeconomic stability to foster a return to high growth and job creation while protecting social spending.

Successes of the programme

Deputy Managing Director and acting Chair of IMF, Mr Tao Zhang, in a statement, said the government had achieved significant macroeconomic gains over the course of the ECF-supported programme.

It said continued macroeconomic adjustment should underpin these improvements, as the 2020 elections approached.

“In a sign of the authorities’ commitment to fiscal consolidation, the end-2018 fiscal targets were met,” the statement said.

While commending the submission of the Tax Exemption Bill, the IMF said it needed to be complemented by efforts to strengthen tax compliance.

The statement stressed the need for fiscal space to support priority programmes while off-budget expenditures should be avoided.

“Progress on structural reforms needs to be intensified. Plans to improve public financial management and supervision of state-owned enterprises (SOEs), the establishment of a fiscal council, and the fiscal rule are welcome,” it added.

It noted that stronger monitoring of fiscal operations, including for SOEs, would also help mitigate fiscal risks.

Caution against reliance on foreign investors

The statement said while debt management had improved, reliance on foreign investors had increased Ghana’s exposure to market sentiment and exchange rate risk.

Debt collateralisation and revenue monetisation should be limited to avoid encumbering revenues.

Planned infrastructure projects should be transparently managed, be consistent with debt sustainability, and ensure value for money.

“The authorities deserve praise for strengthening the banking sector and for resolving nine banks. Completing the financial sector clean-up, as planned, will support the provision of adequate and affordable credit to the economy.

“The Fund congratulates the authorities for successfully completing the ECF-supported programme and stands ready to support Ghana in its quest for economic prosperity,” the statement said.

The ECF is a lending arrangement that provides sustained programme engagement over the medium to long term in case of protracted balance of payments problems.

Growth in 2014 was adversely affected by the rising macroeconomic imbalances, the large currency depreciation, and high interest rates to ward off the rising inflation.

Inflation peaked at 17 per cent in December 2014 and is reported at 16.5 per cent for February 2015, reflecting the pass-through of the exchange rate depreciation and large increases in administered prices.

Import contraction, higher crude oil exports, and recovery in cocoa prices helped narrow the current account deficit, which, together with the Eurobond issuance, allowed some stabilisation of international reserves.

To reduce inflation and inflation expectations, the Bank of Ghana increased the policy rate in three steps by 500 basis points to 21% from February to November 2014.

Growth  has  decelerated,  the  fiscal  and  current  account  deficit  widened  significantly,  leading  to  a  rapid  depreciation  of  the  local  currency,  re-emergence  of  high  inflation,  and  rising  public  debt.

Despite some progress, implementation of home-grown policies, the programme was hindered by intensification of external shocks, including disruptions to gas supply and fall in commodity prices, increased debt service costs, and inadequate policy response, requiring a strengthening of the adjustment process.

In this context, Ghana requested a three-year ECF arrangement to support efforts for the period 2015-17, aimed at stronger policy adjustment and reform to restore macroeconomic stability and debt sustainability and foster market confidence to help achieve Ghana’s transformation objectives.

The strategy underpinning the programme was rightly anchored on the pursuit of a front-loaded fiscal adjustment to restore debt sustainability, rebuild external buffers to increase resilience to shocks, and enhance the effectiveness of monetary policy by limiting fiscal dominance.

A floor on the primary cash fiscal balance of the government, measured in terms of financing:

A ceiling on gross credit to government by the Bank of Ghana;

A floor on the net international reserves of the Bank of Ghana;

A ceiling on net domestic assets of Bank of Ghana;

A ceiling on wages and salaries;

A ceiling on the net change in the stock of domestic arrears;

A continuous non-accumulation of domestic arrears;

A continuous non-accumulation of new external arrears; and

The indicative targets under the programme are as follows:

Central target rate of inflation; and a floor on social protection spending.