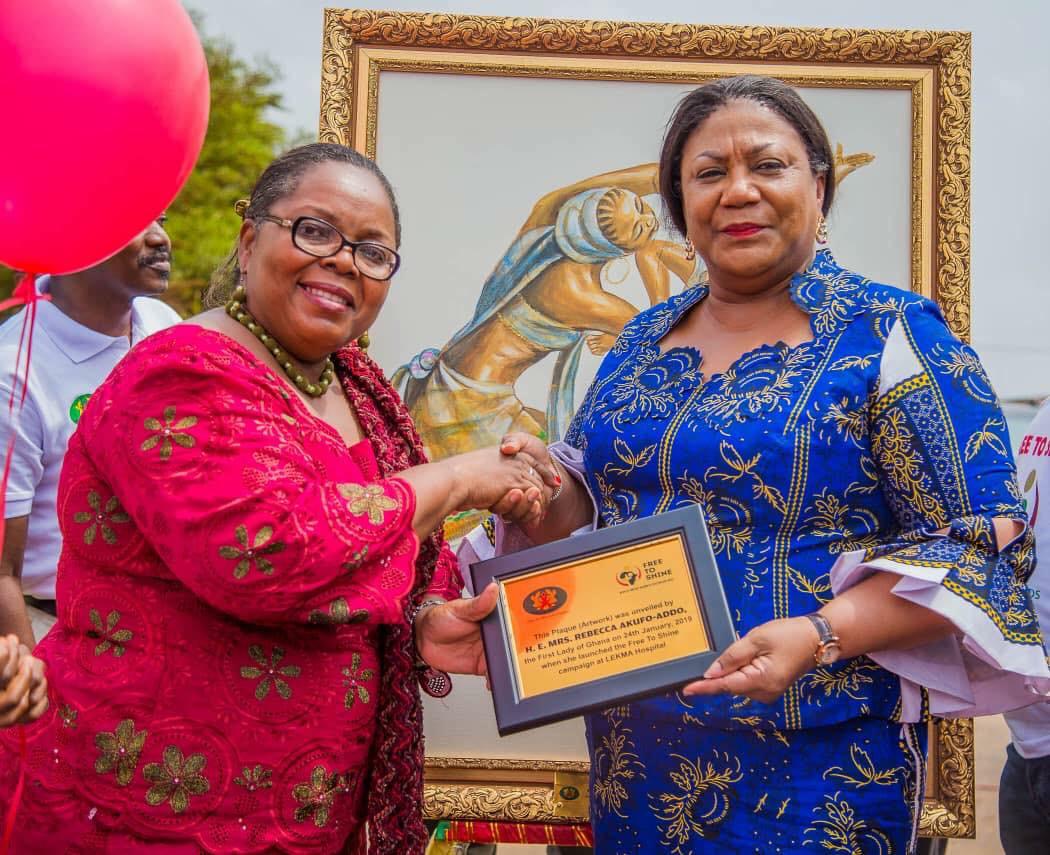 This implies a mother-to-child HIV transmission rate of 5% in the country.

According to the GHS, almost 1.7 million HIV tests were done in Ghana in 2018, with females forming 80% of the numbers tested.

About 86% (11,820) of all pregnant women who test HIV positive were given antiretroviral therapy (ART) to prevent mother-to-child transmission.

33% needing the life-saving ART never had it

Experts say if pregnant women do not get the opportunity to test for HIV, while those who test positive are not placed on antiretroviral treatment, the direct effect would be HIV infections in children born to these mothers.

To address the situation, First Lady, Mrs Rebecca Akufo-Addo has launched the ‘Free to Shine’ campaign, aimed at eliminating mother-to-child HIV transmission, with a call on every pregnant woman to test and know her HIV status.

This, she said, would empower pregnant women to protect their unborn babies from HIV infection.

“If you test positive, know that you are not alone because there are nearly 40 million people living with HIV globally. The most important thing is to adhere to antiretroviral treatment.

“Adhering to treatment will also ensure that you give birth to an HIV-free baby who will live and grow free of HIV,” she added.

Organisation of African First Ladies against HIV and AIDS

The ‘Free to Shine’ campaign, a continental initiative of the Organisation of African First Ladies against HIV and AIDS (OAFLA), the African Union and the UNAIDS, has, therefore come in handy to support and accelerate elimination of mother-to-child HIV transmission in the country.

The theme of the continental ‘Free to Shine’ campaign is ‘Prevention of Mother-to-Child Transmission: The Key to an HIV-Free Generation and Keeping Mothers Alive’, and it was launched in collaboration with the Ghana AIDS Commission.

Campaign seeks to achieve zero HIV infection in children by 2020

The ‘Free to Shine’ campaign, according to the First Lady, would deepen efforts and make it possible to end HIV and AIDS in children in Ghana within the next two years.

The campaign activities would include the development and dissemination of high-impact communication materials, engagement of relevant community structures, social and resource mobilisation, and support the provision of HIV and Family Planning services.

By the launch of the campaign in Ghana, Mrs Akufo-Addo would, among other objectives, mobilise all women in their reproductive ages to access and utilise Prevention of Mother-to-Child Transmission of HIV (PMTCT) services.

She explained that due to the increased demand for services that would accompany the campaign, it would be critical to eliminate all bottlenecks associated with the supply of HIV testing and treatment services to meet the expected increase in demand.

“As a mother myself, I am pretty confident that any mother will do whatever it takes to ensure that they have healthy children who can live life to the fullest. This can be achieved quite simply. Test, know your status and treat.”

She recalled that several years ago, HIV was a death sentence when treatment was not available, saying, “At the time, it was a fearful and futile exercise to test and know your status.”

She added that “even when you knew, you kept quiet about your status because of stigma, but things are different now”.

She charged the leadership of the GHS, Christian Health Association of Ghana and the Association of Private Health Providers, religious and traditional leaders, development partners and the private sector to support the campaign, and encouraged men to support their pregnant wives to test for HIV.

Mrs Akufo-Addo urged all stakeholders to join hands with OAFLA to speed up the elimination of mother-to-child transmission of HIV and to keep mothers healthy.

She also commended all the Heart to Heart Ambassadors who have been at the frontline in the fight against HIV and AIDS, saying, “Because of these brave individuals, I have seen firsthand that it is possible for women and men to be HIV positive, have children who are born free of HIV, and live healthy lives.”

Acting Director General of the Ghana AIDS Commission, Mr Kyeremeh Atuahene lauded the First Lady for championing the ‘Free to Shine’ campaign, stating that with her at the forefront, all other stakeholders are more united in purpose and determined to eliminate mother-to-child transmission.

Ms Angela Trenton-Mbonde, Country Director of UNAIDS, expressed the recommitment of the UN system towards the elimination of HIV transmission from mother to her baby.