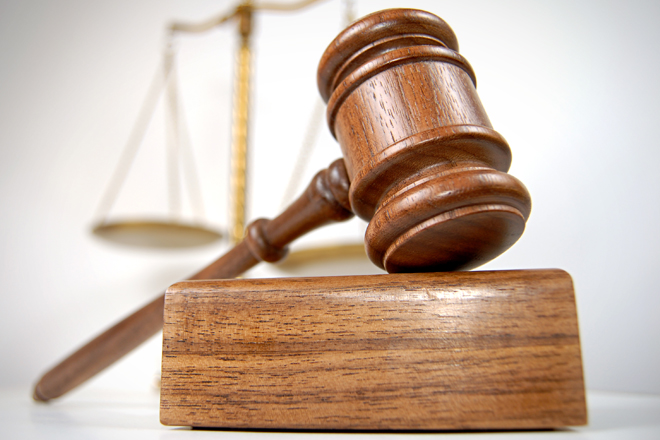 Eleven persons who were involved in illegal mining in the Atewa Forest in the Eastern Region are currently serving prison sentences of between five and 15 years.

The Koforidua Circuit Court B sentenced them after they were found guilty of engaging in the dig and wash model of illegal mining in the Atewa Forest Reserve, contrary to the
country’s mining laws which bar mining in forest reserves.

The 11 convicts are among 55 persons who were arrested by officials of the Forestry Commission in 16 different operations in the Atewa Forest between January and April this
year.

A document detailing the progress report on the cases made available to the Daily Graphic by the Eastern Region Forestry Commission revealed that the 44 people who were all on remand failed to meet “tough bail conditions.

Perusal of the progress report on the court cases revealed that three of the convicts – Alhassan Lariba, Foster Boakye and Kwaku Ampofo, who were arrested at the Pameng portion of the Atewa Forest, were sentenced to 3,000 penalty units, amounting to GH¢36,000 in addition to five years’ imprisonment.

In another case, George Asare and Godwin Ahadzi, who were arrested at the Asiakwa portion of the Atewa Forest, were fined 10,000 penalty units, amounting to GH¢120,000 or they would spend 15 years in prison.

Again, Isaac Kofi and Yaw Boadi, who were arrested in the Obourho portion of the forest, were fined 10,000 penalty units of GH¢120,000 in addition to 15 years’ imprisonment with hard labour.

Last Thursday, three other illegal miners – Bismark Dompreh, Kwasi Samuel and Kwadwo Baah – were handed 15 years sentence and a fine of GH¢1,000 each.

The remaining 44 suspects were being prosecuted in 10 separate cases at the Koforidua Circuit Court B, it said.

The Daily Graphic has published a series of stories on the protracted illegal mining activities across the country and raised concerns about the devastation the canker was causing to land and water resources.

The Atewa Forest Reserve has been in the news in terms of illegal mining.

Therefore, the Daily Graphic sought answers from the Eastern Region Forestry Commission last Thursday on what was being done to bring the perpetrators to book to stop the illegality.

Contrary to speculations that illegal miners have always been treated with kid gloves, the Daily Graphic found out that some of the culprits had been handed hefty fines and prison sentences.

The Eastern Regional Manager of the Forestry Commission, Kwabena Poku Bosompim, said the alacrity with which the court dispensed justice in the cases gave the commission confidence that illegal mining in forest reserves would be drastically reduced.

“I must commend the court for acting promptly in terms of prosecuting these cases. We are very optimistic about the success of the remaining cases involving 44 people,” he said.

The Eastern Regional Forestry Commission manager warned that the ForestryCommission officials would continue to be on the heels of all adamant illegal miners who were destroying the forest reserves.

“We will be alert and always track the activities of this dig and wash illegal miners who go to the forest reserves mostly in the night to do their operation. We have reduced it to the barest minimum, but our target is to halt it completely,” Mr Bosompim stated.

For his part, the Kyebi Forest District Manager, Emmanuel Antwi, said measures had been put in place to stop any unscrupulous persons from entering the Atewa Forest to mine illegally.

“Under my watch as the District Manager of the Kyebi Forest District, no one can enter the reserve with an excavator to do mining. What happens is that sometimes, you find people with shovels and pickaxes but even with that, we are arresting and prosecuting them,” he stressed.

He observed that although some illegal mining activities went on within the Atewa East, Atewa West and Fanteakwa districts, they were outside the forest reserve.

Therefore, Mr Antwi urged the media to always seek clarification before carrying stories about illegal mining in the Atewa Forest.

In an effort to repress illegal small-scale mining, the government, through the Ministry of Lands and Natural Resources, directed the suspension of all mining reconnaissance and prospecting activities in forest reserves nationwide until further notice.

The ministry noted that many individuals and companies were engaged in illegal mining in forest reserves on the pretext of reconnaissance or prospecting.

In line with that ban, the Minerals Commission was also instructed to cease the processing, provision and renewal of reconnaissance and prospecting licences for forest reserves.

The directive was made pursuant to Section four of the Minerals and Mining Act, 2006 (Act 703), which allows the minister to reserve land from mining when the need arises.