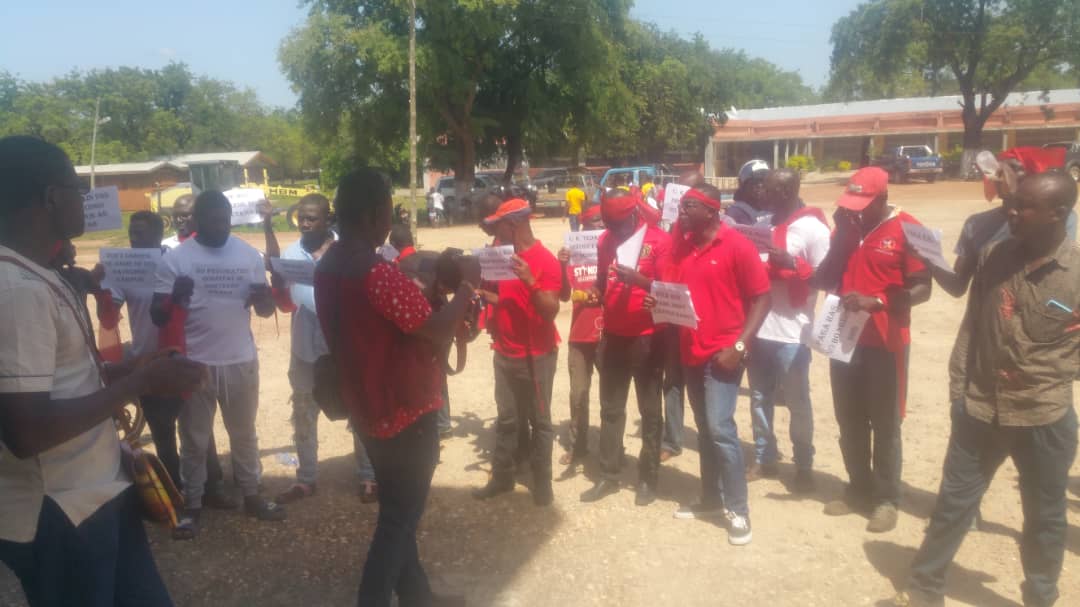 A paltry ten people today turned up for a demonstration against the renaming of the Navrongo campus of the University for Development Studies after late ruling New Patriotic Party (NPP) stalwart C K Tedam.

BestNewsGH.com sources say the starting point for the demonstration was the St. John Bosco College of Education junction.

According to the source, the event started at 9am and ended at 10:50am.

Their petition  according to the source was read and presented by Mr. Balinia Addah on behalf of the group.

They carried placards some of which read ‘Don’t change the name of UDS,  ‘Maintain  UDS Navrongo  Campus as UTAS and ‘Development Beyond Renaming’ among others.

The petition was received on behalf of MCE by the Coordinating  Director of Kassena Nankana Municipal Assembly  Mr. Alhassan  Ziblim.

On his part, he thanked the demonstrators for doing it professionally and peaceful. He promised to present the petition to the MCE when he returns. The demonstrators numbered about twenty.  No incident recorded.