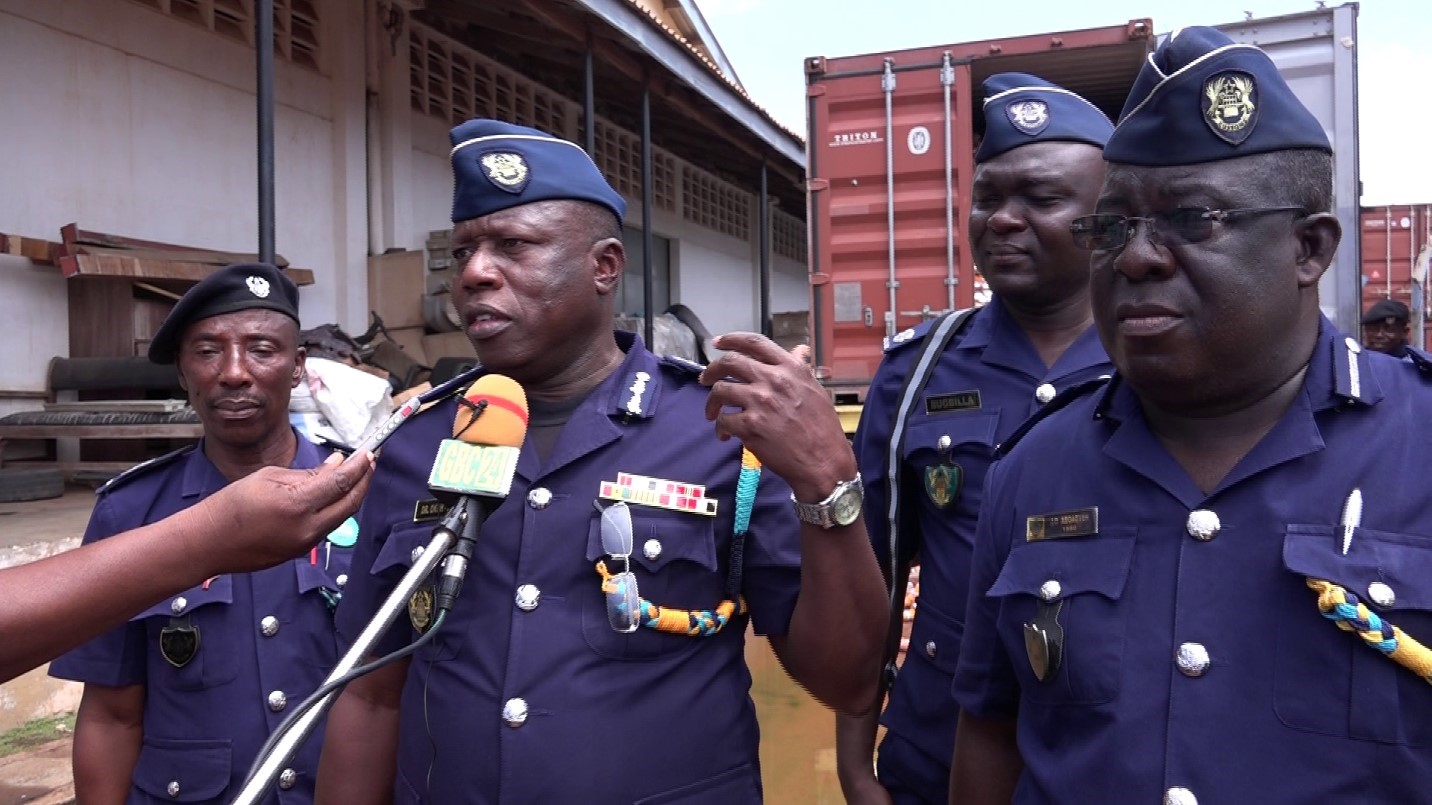 The Tema Command of the Customs Division of the Ghana Revenue Authority (GRA) is investigating the circumstances under which some ten 20-footer containers of canned tomatoes disappeared from the port during a transfer process to gazette the consignment.

The containers, which were numbered TCLU 7286827, TCLU 7354576, TRHU1088166, TRHU268169, CMAU1425730 among other insignias, were being escorted from the premises of the Tema Container Terminal (TCT) to the Atlas Terminal, near the Tema Oil Refinery (TOR), by officials of the Customs Division and National Security operatives at the port on May 30, 2019 when they were allegedly diverted.

The others said to belong to the CMA CGM shipping line and bearing the numbers BMOU2359542, TEMU2402072, XINU2001487 and TCLU530206, which arrived at the port in September 2018, were said to have overstayed, leading to the confiscation of its contents by the state for onward processing and auctioning.

Information gathered by the Daily Graphic indicated that the consignment was labelled “Nhyira Tin Tomatoes” and listed on an uncleared cargo (UC) list as having overstayed the clearance period by 261 days, for which reason a decision was taken to transfer the containers to the Atlas Terminal for authentication and gazetting.

That was to enable the consignment to be auctioned to defray an import revenue of about GH¢714,000.

Sources at the port told the Daily Graphic that the containers, which have since been located in Kumasi, were processed in the name of Oslo Shipping by an acclaimed freight forwarder, Mr Alex Brako, an allegation he has since denied.

Correspondence addressed to the Sector Commander of Customs by the officer in charge of the State Warehouse at the Golden Jubilee Terminal and copied to the Chief Revenue Officer at the TCT, the Chief Revenue Officer in charge of Preventives, the Head of National Security at the port, among other relevant stakeholders, on May 28, 2019 detailed the processes for the transfer of the containers, including the issuance of a waybill to cover the processes.

Some officers of the Customs Division of the GRA, including the escort officer, one Mr Alex Frimpong, have been interrogated by the Marine Police Unit at the Tema Port over the incident.

“An officer who was to escort the vehicles transferring the containers from the holding terminal to the examination centre (Atlas) has been made to give a statement and we believe this action may not be the last one. We want to investigate further to identify the collaborators in the diversion scheme,” a management member of the Customs Division told the Daily Graphic.

For his part, the Tema Sector Commander of Customs, Assistant Commissioner Dr Godfred Okoh-Appiah, said the command was working to retrieve the containers from Kumasi to conduct an examination on the consignment.

The Deputy Commissioner in charge of Preventives, Alhaji Iddrisu, said the diversion of containers, apart from causing the state to lose revenue, also had security implications on the country “because such acts do not offer opportunity for the goods to be examined to detect prohibited and restricted goods which may have security or health implications”.