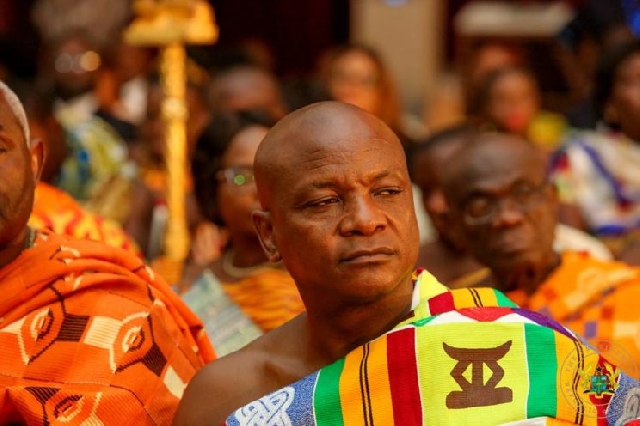 A statement issued and signed by the President of the National House of Chiefs, Togbe Afede XIV, and his Vice-President, Daasebre Nana Kwebu Ewusi VII, has said: “Any suggestions that the proposed referendum to allow partisan politics in local elections was not discussed by the House is not only dishonest but wanton mischief”. 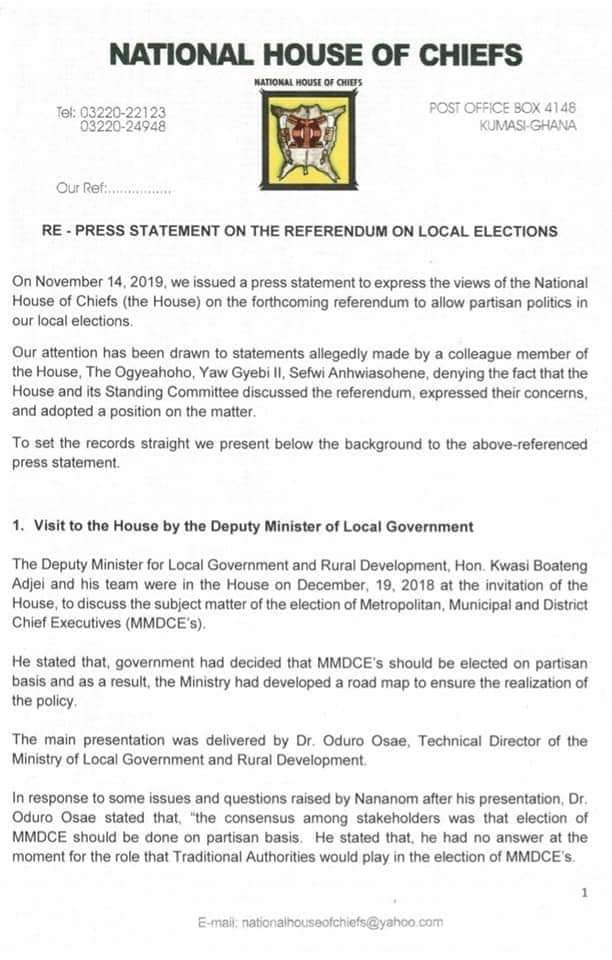 This is in direct response to the Chairman of the Governance Committee of the House, Ogyeahoho Yaw Gyebi II of Sefwi Anhwiaso, Western Region, who had claimed in an interview that: “I am not aware of any consultation or meeting”, following an earlier statement issued by the House in which it rejected the proposal to make local elections partisan and urged Ghanaians to vote against it at the 17 December 2019 referendum. 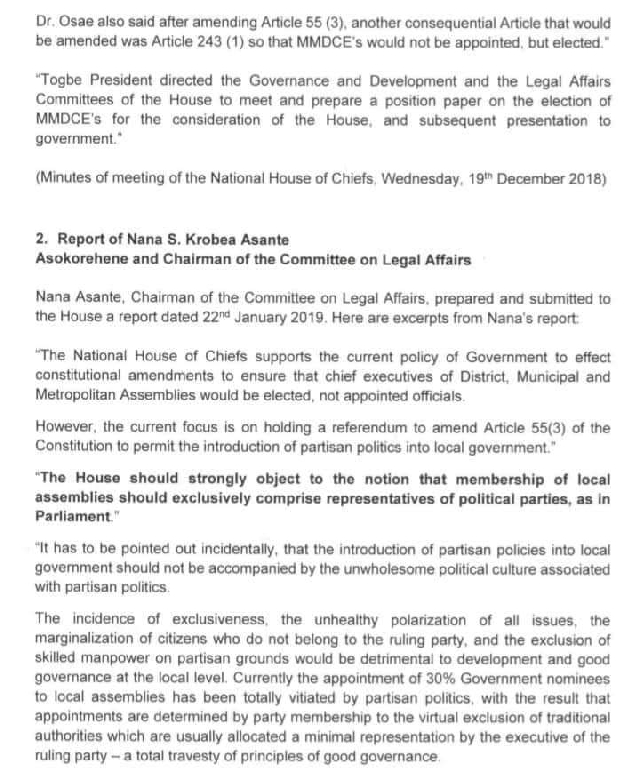 “This matter should have been referred to the Governance Committee of which I am the Chairman but it hasn’t been referred to me”, Ogyeahoho Yaw Gyebi II intimated in an interview with Accra-based Citi FM, adding: “If it came to the Governing Council, it would have been discussed at the Planning Committee, but this hasn’t happened, so, I don’t know who and who came out with this statement on behalf of all the paramount chiefs in the country, especially when two major political parties have taken a different stance”. 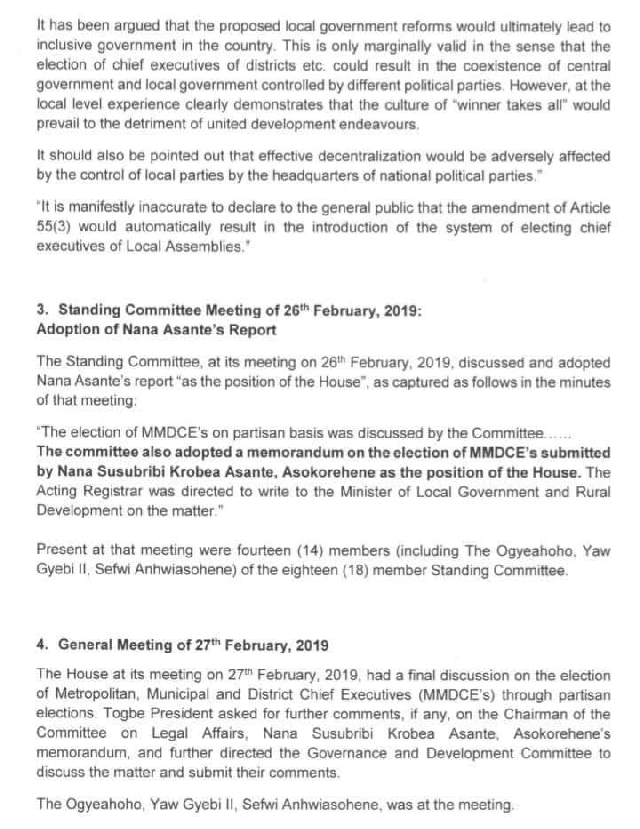 According to him, “If we are not careful, we will involve ourselves directly in party politics. So far as I am concerned, this is statement coming from two individuals not the house”. 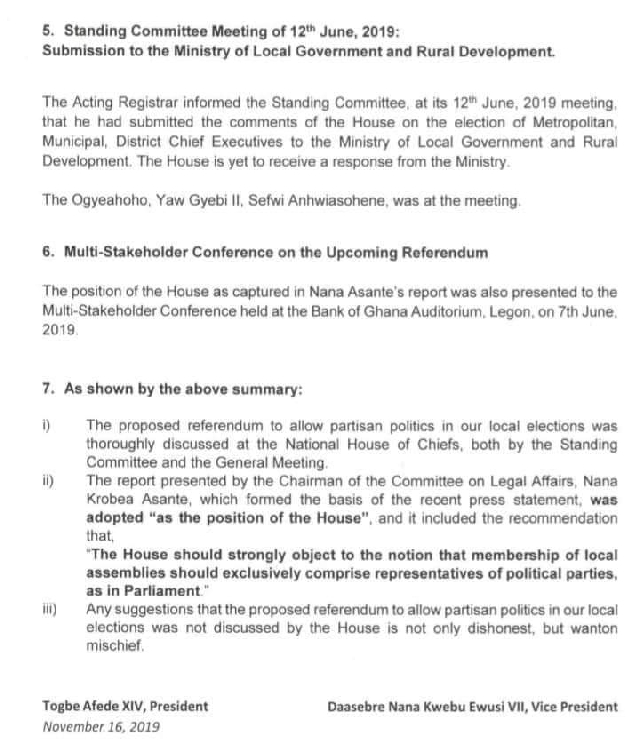 However, the latest statement from the House insisted that the matter was thoroughly discussed by both the Standing Committee and the General Meeting.