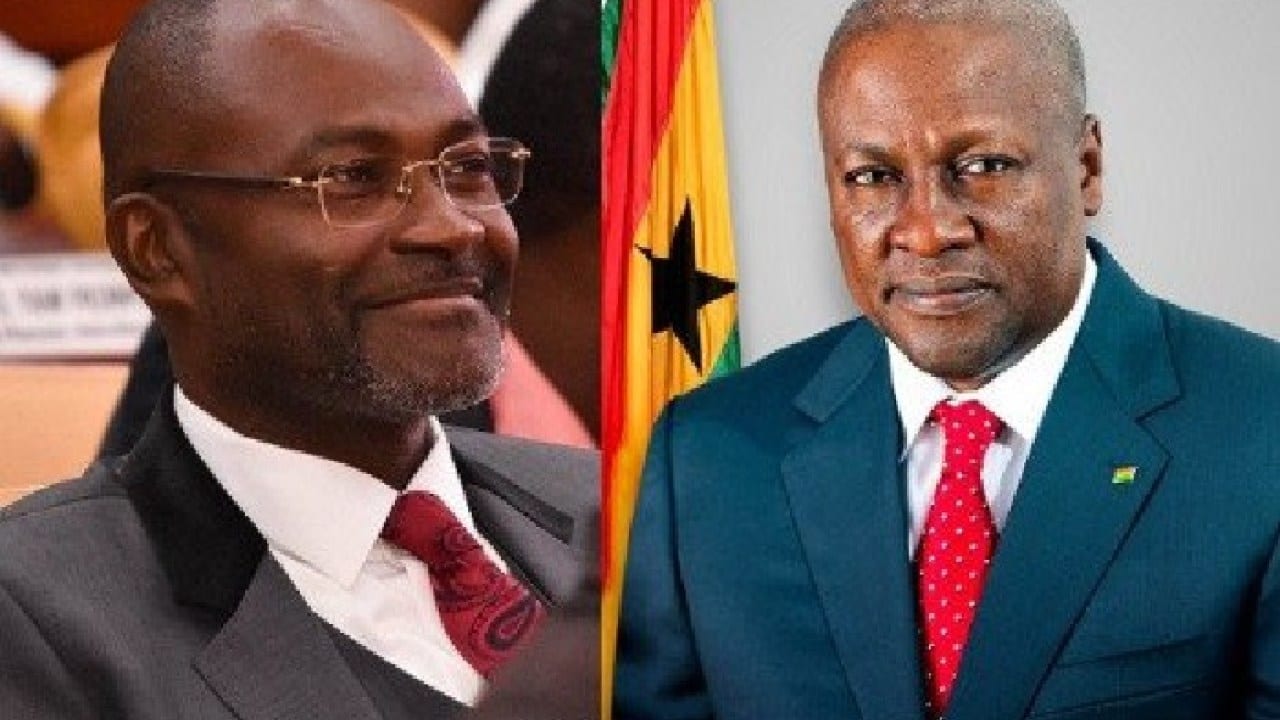 Member of Parliament(MP) for Assin Central has chided former President of Ghana, John Dramani Mahama for even thinking about legalizing Okada Business when he bought a Mercedes Benz for his 19-year-old son who resides in Dubai.

Former President of Ghana, John Dramani Mahama as part of promises in his bid for a second term has promised to legalize OKADA business and regulate their activities.

According to him, over this short period, Okada has provided more sustainable jobs in Ghana than any other venture in the country than any social intervention programme put in place by the government of Ghana.

But reacting to this in an interview monitored by MyNewsGh.com, Kennedy Agyapong who has mounted a crusade against this has condemned the former President saying that thinking about this in the first place is an indication that “he has failed in life”.

According to him, the former President is not thinking innovatively and wants to continue wasting Ghana’s money on women and travels to Dubai rather than invest the money into the country’s economy.

He could not fathom why John Dramani Mahama will buy a Mercedes Benz for his nineteen year old son who resides in Dubai but wants Graduates in Ghana to work as Okada riders with their Degrees.

“Graduates are not riding okada because they are ok with it but because there are no jobs in the country. So if you want to be a President and you say you will create jobs with Okada then you’ve failed in life. So these people still want to steal monies from Ghana and send their girlfriends to Dubai for weekends. You bought a Mercedes for your 19-year-old son but expect the children of other people to sit on Okada and die.”