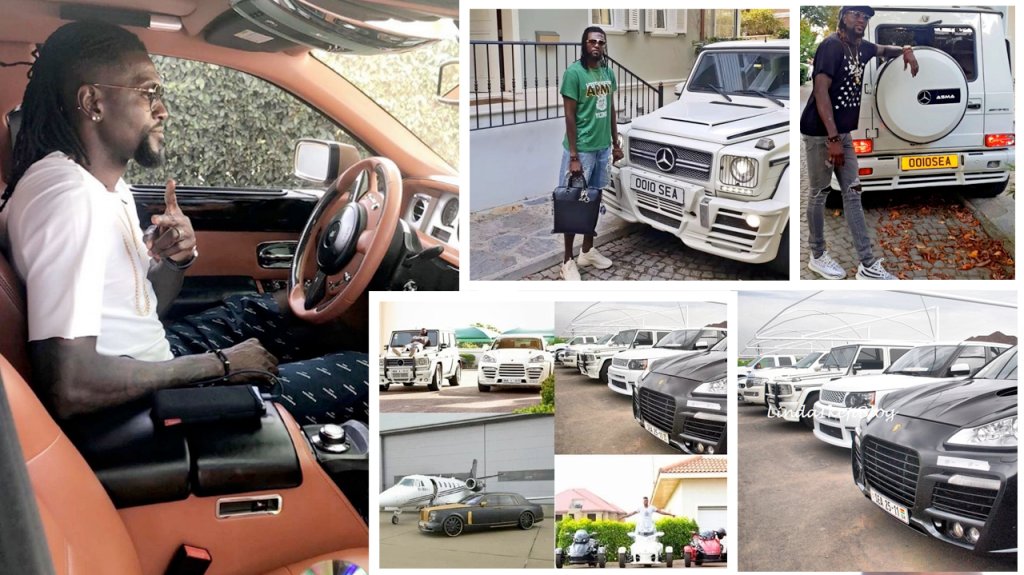 He may no longer be in his prime, but, even at 36 and far from the limelight he once basked in, Emmanuel Adebayor doesn’t pass up the chance to flaunt his many luxurious assets on the Internet, and his social media accounts double as galleries for all he has acquired in football.

He lives the life, as imagined about footballers by fans, and is an easy reference to back claims that the sport’s grounds are paved with gold, not grass. Adebayor isn’t the only one, of course; Africa’s biggest players have it all and — unless they manage to get themselves bankrupt, as some bizarrely do — will never lack.

Not many of their countrymen are as fortunate, however. Adebayor, for instance, is from Togo, a country of about 8 million people, around 60% of whom live in poverty. He earns more monthly than most of them ever would in a lifetime. Adebayor doesn’t give away much of his wages, but the ‘little’ he parts with has brought much good to others, touching the lives of orphans, youth, and entire communities.

Now, though, we live in times when everyone is at their most charitable. Pandemic-stricken football is giving back to a pandemic-stricken world as never before, and its major actors are chipping in generously. Many footballers have taken pay-cuts (or are being forced to), and an elite few have even made sizable donations.

Africa’s stars have played their part, too, with retired folks like Samuel Eto’o Fils and Didier Drogba standing out for special mention. But not Adebayor, despite pressure — from his own people, mainly — to do so. Clearly, the highest-paid footballer in all of Paraguay isn’t moved.

“I am compared with Drogba and Eto’o,” he ranted during a recent Facebook Live session. “However, I am neither of them. I am Emmanuel Sheyi Adebayor and I will always do what I want.

“For god’s sake, why are you asking me to do a charity? I do what my heart asks me to do, not what you people ask me to do . . . Whatever you have in your pocket, use it as you wish. It’s as simple as that.”

And it is, really.

That Adebayor doesn’t want to be mentioned in the same breath as fellow goalscoring greats Eto’o and Drogba — not in this breath, anyway — shouldn’t be hard to fathom. It is, as he points out, his money; his choice.

See, footballers — the very best of them, especially — are often slammed for wielding a deluded sense of entitlement, with everything at their feet and willing even more into their hands. When viewed through the lens of COVID-19 — the novel coronavirus disease — however, reality appears inverted: the world, not the players, feels entitled.

Whatever footballers receive — however much they receive — is gained by doing honest work, like most of us. It’s a good thing to help out, but it’s a bad thing to do so just because everyone is — or, even worse, just because they’re asking you to. Footballers are not obliged to cough up cash just because their coffers are bottomless — a foolish assumption, if there ever was one — and that’s just Adebayor’s point.