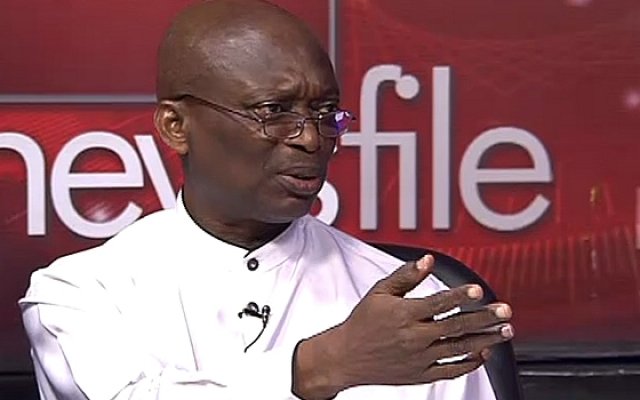 Editor-in-Chief of the New Crusading Guide Newspaper, Abdul Malik Kweku Baako has chastised former president Jerry John Rawlings for commenting on the recently released documentary on the killing judges by the Multimedia group.

According to Mr. Baako, Mr. Rawlings should rather be concerned about a document that has been in existence since 2004 and which sort of incriminated him and found him culpable of the killings.

He said the document authored by the National Reconciliation Commission (NRC) has been inexistence and is more explosive than the documentary released by the renowned media entity, adding that, that document is what Mr. Rawlings should be concerned about.

He explained on an Accra based radio station and monitored by BestNewsGH.com that the former president missed a great opportunity to clear his name when he refused to appear before the National Reconciliation Commission.

Mr. Baako said former president Rawlings refused to appear before the commission even after he was invited 13 times over, adding that he only appeared there after he was issued with a subpoena to furnish the committee with some information.

The veteran journalist also entreated Mr. Rawling’ advisors to counsel him to remain quite on the matter.

The abduction and murder of three judges -Justices Kwadwo Adjei Agyepong, Poku Sarkodie and Mrs. Cecelia Koranteng-Addow and a retired Major in the Ghana Armed Forces in 1982 has been a raging issue in the country over the years and many have always laid the blame on the then Chairman of the military junta, Flt. Lt. Jerry John Rawlings.