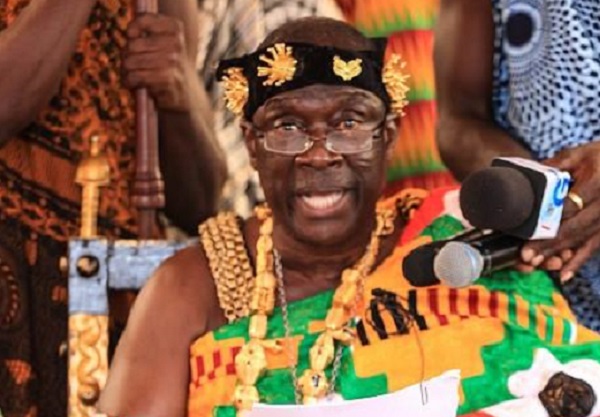 The Chiefs and people of Krachi, which is within the newly-created Oti Region, have endorsed the decision made by their forefathers voting for Trans Volta Togoland to join the Gold Coast, now Ghana.

Their endorsement comes in the wake of a recent declaration by members of the Home Study Group Foundation (HSGF) led by 85-year-old retired educationist Charles Kormi Kudzordzi, also known as Papavi, announcing the separation of that part of the region from the country.

The leadership of the said group is currently being sought for by the state security agencies while few of the members have been arrested.

The Krachiwuru, who was addressing the people of Nkonya Wurupong Traditional Council as the chairman on the occasion of the Sankyi-Ba Festival, said the heritage of their forefathers could not be changed.

“It is true, we the people of Buem-Krachi District, which now constitutes Oti Region, were at some point in our history within Trans Volta Togoland. However, in the 1956 plebiscite, we voted massively to join Gold Coast to become Ghana. We have since not regretted the choice of our forefathers,” he averred.

“We wish to declare as loudly and clearly as possible that we are proud of our heritage as Ghanaians. We have not contracted any group of persons to fight for or canvass for our return to Togoland,” the Krachiwura declared.

He said per this declaration, the chiefs and people of the area had distanced themselves from this call and disowned the idea of Papavi and his study group.

While sharing in the declaration by the Krachiwura, Nana KwadwoAsiakwa II,the Omanhene and president of NkonyaWurupong Traditional Council, commended the entire people of Nkonya Wurupong for their gallant support during the struggle for the creation of Oti Region.

He charged them to remain resolute, saying “our efforts have been rewarded and we now have our own region. But the creation of the region is not an end in itself. It is only the beginning of the opportunity to build for ourselves the model region we would like to bequeath to our future generation.”

Our health, our culture

Nana Asiakwa, addressing the gathering on the theme: ‘Our health, our culture: Bridging the gap to sustain the youth’, said: “We are a crossroads as a people.”

He said the theme was, therefore, chosen to appropriately address the many challenges that the youth constantly go through.

“Western cultures and [their influence on] our way of life seem to take a greater part of our lives. This should not be the case, as we seek to find solutions to the many lifestyles embedded in our health issues.”

Touching on health-related issues, he said, “Our community has enjoyed relative gains over the years. However, our health delivery service is still grappling with some problems. It is, therefore, a sigh of joy to have all these highly esteemed personalities in our presence.

“Honourable Ministers, we are grateful for your presence. We do hope our concerns will be carried to higher levels to assist us curb the enormous health challenges that my people go through on daily basis.

“Honorable Guests, you might have realized that out of the three most important issues identified within my traditional area, our health delivery issues come up as a top priority, to me and my people, more especially, our nursing mothers, children and the aged.”

According to him, in 1958, “since Osagyefo Dr Kwame Nkrumah built this Nkonya health facility, it has been over half a century but it has not seen a major refurbishment.

“Our communities have overgrown this health facility. All our demands and complaints for a medical superintendent and an administrator for this facility are yet to yield meaningful results.

“We have waited patiently, for over sixty -three (63) years, but with Christin our vessels, we are still smiling at the storms of life.”