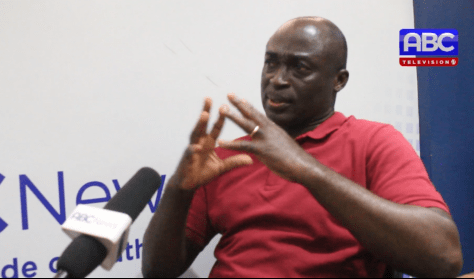 President of the Ghana Hotels Association, Dr. Edward Ackah-Nyameke, has lauded government for instituting the ‘Year of Return’ celebration explaining it will have ripple effects on various facets of the economy for years to come, ABC News can report.

Speaking in an exclusive interview with ABC News, Dr. Edward Ackah-Nyameke said even though the country benefits of the initiative are evident now, the real benefits of the project will be seen after 2019.

He commended President Akufo-Addo for laying a solid foundation that has immense potential to boost the tourism industry in Ghana.

“If you follow the media and all the frenzy that is going on, the impression will certainly be created that hurray is Year of Return, everything is going on very well, we have the popular figures, international figures coming into the system so on that level, yes, and for me, those visits are very important because it provides international endorsements. I wouldn’t be surprised if somebody decides to visit Ghana because Steve Harvey has been here, that’s how far people can go, or because Samuel Jackson has been here.

“In that same vein, I see it as the year as a foundation that has been laid. For me, it’s a seed that the President has sown, we will see the real benefits in the years to come because those international benefits I was talking about, we’re now going to see the ripple effects. ” he indicated.

President Nana Addo Dankwa Akufo-Addo, in Washington DC, in September 2018, announced to the world that 2019 has been designated ‘Year of Return’ by Ghana to commemorate 400 years since the first enslaved Africans arrived in Jamestown, Virginia in the United States.

Since the beginning of the year, the country has seen a large number of Africans in the Diaspora visit its shores to connect with their ancestral home and memorialize their liberation from slavery.

The Finance Minister, Ken Ofori Atta, during the 2020 budget presentation in Parliament indicated, “we launched the ‘Year of Return’ to mark the 400th anniversary of the first slaves taken from Africa to the Americas. It has resulted in increased tourism.”

Dr. Ackah-Nyamekye, however, applauded the government for what he terms as a “brilliant” initiative because to him, the people who are visiting the country will have an effect on a lot of sub-sectors, including hotels, restaurants, transport and tour.

He, however, encouraged government to emulate strategies of countries like Gambia and Kenya, who have thrived on their tourism industry to develop their economies.

He pointed out that the ‘Year of Return’ should be used as stepping stone to achieving that goal.

“The Gambia doesn’t have money, they are thriving on their tourism, Kenya is doing same so if we can also push our tourism and that’s why I’m so happy about this year of return concept and that is why I’m saying we should hasten slowly to praise it. Let’s look at how we can entrench it in the system. It’s too early to sing praises. Let’s sing praises to the conception of the idea, brilliant, the effects, we should hasten slowly because for me the effects have just begun. This is the initial phase, it is what we do with has gone on this year, which for me will be the true measurement of the impact of the year of return, not what happens in the actual year” he added.