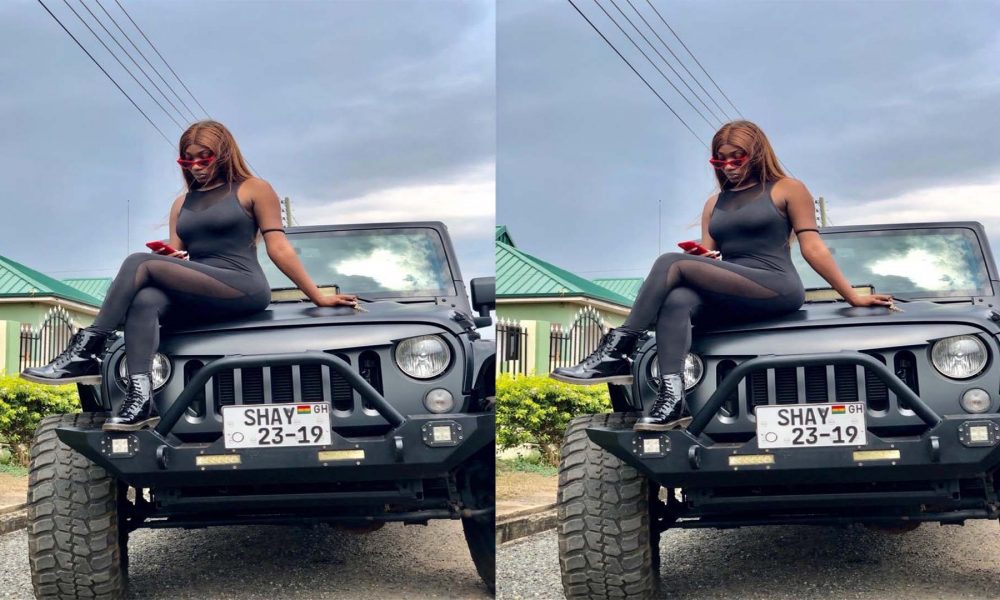 Wendy Shay was recently in the news following the release of her new Jeep Wrangler.

It became intense when the songstress was spotted driving around town with a customized number plate which reads “SHAY 23-19” and many Ghanaians seemed happy for her.

According to reports, some investigations reveal that her customized number plate is fake.

Sources from the Driver and Vehicle Licensing Authority (DVLA) states that they are yet to see Wendy Shay’s customized number plate which further implies that they did not register it.

According to DVLA, the number plate is fake since it was not registered by them.

It is widely known that in Ghana, it is only DVLA that has the mandate to register vehicles, therefore, if the legitimate sources are saying otherwise, then it means there is a hidden story surrounding Wendy Shay’s customized number plate.

Meanwhile, Wendy Shay has been enjoying and cruising in her new Jeep around town.

She shot to fame after releasing her debut single “Uber Driver”.