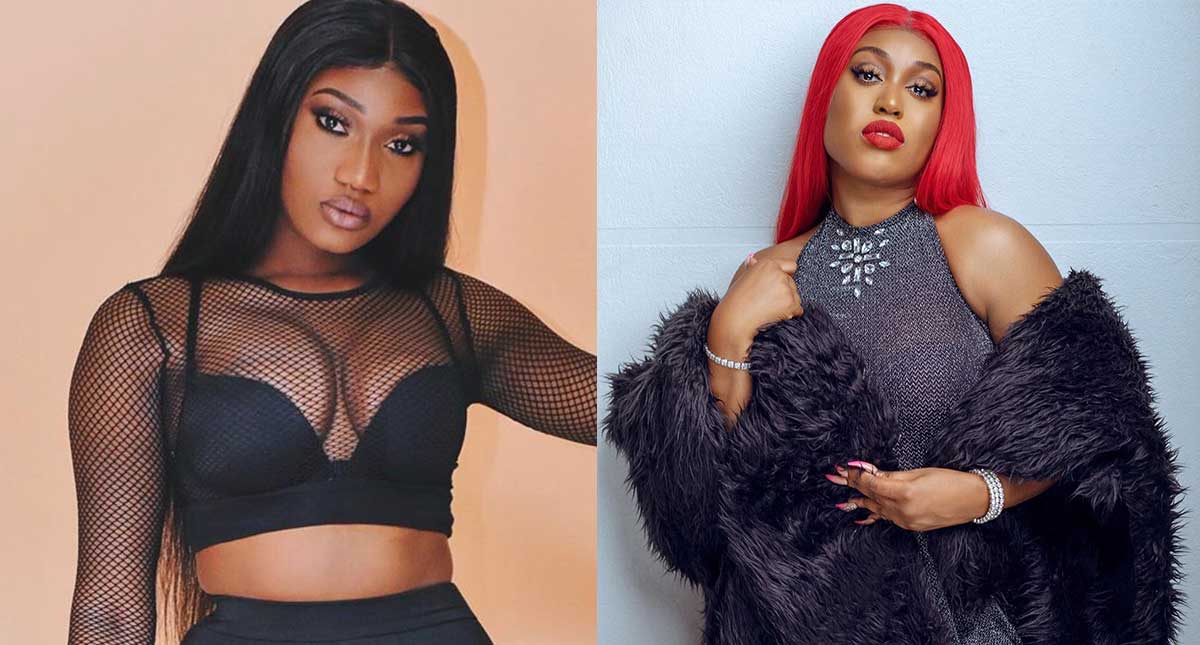 Looks like there is some sort of enmity in the camp of RuffTown records between their two signees Wendy Shay and newly signed Fantana.

So far in some series of interviews granted by Fantana, she has made it clear that she is not friends with Wendy Shay but they only have a working relationship.

Wendy Shay on the other hand in an interview revealed that she was teaching Fantana how to cook after she made mention in her first interview that she didn’t know how to cook.

But some few weeks later, Fantana debunked the statement in another interview saying Wendy is not teaching her anything and that she is rather learning how to cook by watching YouTube videos.

Well, the two record label signees have once again made people ask questions as to whether everything is alright between them.

At the premiere of Becca’s ‘Yes I do’ which features Nigerian singer Tiwa Savage, some celebrities were called to the stage to showcase their dancing skills to the song.

In a video sighted, Fantana was seen dancing on stage with actress Fella Makafui with Wendy Shay later joining them on stage but after she finished shaking her ‘bum bum’ she engaged in a chit-chat with Fella hugging her but she never even said hi to her label mate.

Fantana on the other hand also pretended of not seeing Wendy Shay as the all happy lady all of a sudden after Wendy Shay’s appearance switched without even smiling back. She just pretended to be pressing her phone.

If this is how their working relationship looks like then….hmmm.