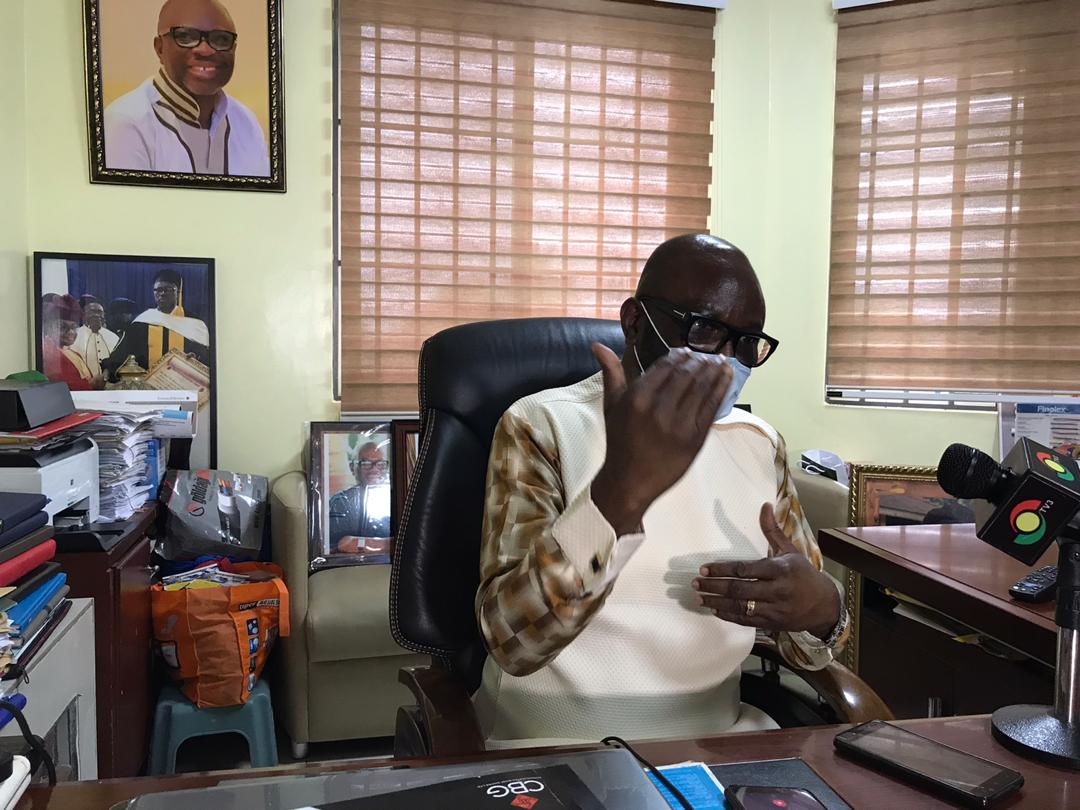 The President of the Ghana Union of Traders Association (GUTA), Dr. Joseph Obeng says the Association made several valuable inputs into the contract which was awarded by government through the Ministry of Health and the Ghana Health Service for the disinfection of all imports and exports at the Sea ports and points of entry.

Dr. Obeng was reacting to questions raised by the Aviation Minister, Joseph Kofi Adda on what the interest of the Association is, with regards to the disinfection of Airports in the country.

The Aviation Minister at a press conference on Thursday May 21, 2020 accused GUTA of ‘’being influenced by considerations best known to them.’’

But the GUTA President is surprised at the posturing and pronouncements of the Aviation Minister, particularly his assertion that the Association was working under the influence of some considerations, an indication that their actions are being dictated by some unseen hands.

BestNewsGH.com reports Dr. Joseph Obeng as asserting that GUTA has been noted for its integrity, honesty and forthrightness over the years, adding that none of its members has ever been cited for being compromised or influenced in any shape or form in terms of advocacy.

Indeed, it is public knowledge that GUTA has been at the forefront, since the outbreak of the COVID-19 Pandemic, campaigning for the proper disinfection of the airports and cargoes arriving there, in order to ensure the safety and security of its members, who are daily users of the facility.

Reacting to the Aviation Minister’s assertions, the GUTA President who briefed a cross section of the media also on Thursday, May 21, 2020, averred that the Association is a major stakeholder with vested interest in the disinfection of the Sea ports and Airports and have the right to call the attention of Authorities to issues they deem inappropriate.

‘’We are aware of the agreement and we know the details, it is one of the reasons why they called us to the Ministry of Health. That is why we’re talking, because we have been a part of the contract that was being signed and we were the major stakeholders. They explained everything to us and showed us the processes, that is why we are talking’’ Dr. Obeng asserted.

The GUTA President continued that ‘’When COVID-19 came we thought that it is even more prudent at this stage to have the airports disinfected. That is why we’re pushing because this one really does concern the element of physical contact because of the huge traffic at the airport and the cargo that comes through the courier services.’’

Dr. Obeng explained that when GUTA was called for the meeting at the Ministry of Health, it suggested that because majority of its members are traders and operate in the various markets across the country, it was imperative to include market centres in the contract.

This he opined would pave way for the various market centres to be disinfected intermittently.

Again, he said GUTA impressed upon the Ministry of Health to let the contract cover their children who are in the various schools across the country so that the issue of bed bugs and other insects that has plagued the schools over the years can be dealt with through the disinfection.

‘’All these suggestions and inputs were made by GUTA and incorporated into the contract. We have the welfare of our members at heart and indeed the generality of the Ghanaian people. So it will be out of place for us to sit aloof during these critical times and allow the lapses we have seen in the system to consume our members’’ he further pointed out.

He described as unfortunate, suggestions by the Minister that the Association is doing the bidding of an unknown person or company, adding that the Minister who was not part of the engagements when the contract was being negotiated, ought to be measured in his pronouncements when dealing with a force like GUTA.