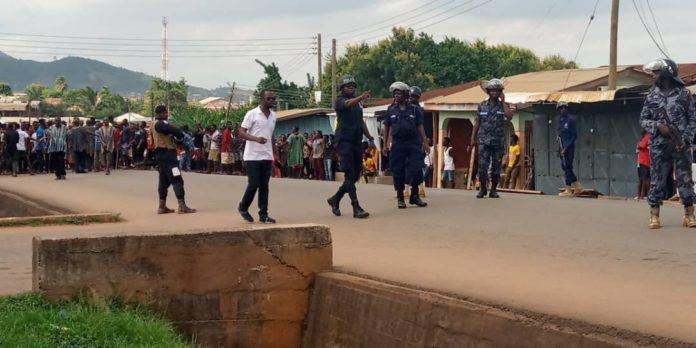 Power Distribution Services (PDS) Ghana Limited has stated that claims that it has waived about GH¢100m debt owed by residents of Lower Manya Krobo are false and should be ignored by the public.

Communication Director of PDS, William Boateng told The Finder that the company never waived any bill for the people.

He explained that electricity was extended to the affected communities under Self Help Electricity Project (SHEP) between 2013 and 2016.

According to him, the communities were given estimated bills while PDS takes time to capture and provide them actual data.

He explained that when PDS in 2017 embarked on an exercise to collect data from the meters in order to issue actual bills, some residents alleged over-billing, hence their refusal to pay what they owed.

The debt was also as a result of some residents’ refusal to pay for their electricity bills since 2017 over claims that Ghana’s first President, the late Dr Kwame Nkrumah, promised their ancestors that they would enjoy free electricity because the Akosombo Dam is situated on their land.

These people clashed with PDS officials and destroyed several properties belonging to the police and PDS.

The debt, he said, had risen to GH₵90 million because they failed to pay since 2017.

After last week’s clashes, which resulted in the death of one person, officials of the Public Utilities and Regulatory Commission (PURC), PDS, the Member of Parliament for the area and six assembly members met and agreed a roadmap.

According to the roadmap, debt rescheduling should be on merit of each customer’s case, and residents should allow PDS have access to their premises to pick current readings of meters.

According to the roadmap, customers who are unable to make one-off payment can opt for debt rescheduling plan. PDS has also relaxed the 70% upfront payments for customers, and chiefs and opinion leaders are to talk to residents to create peace and an enabling environment for PDS staff and installations.

PDS began intensive revenue mobilisation about two weeks ago in the area.

Unfortunately, residents of Kpongunor resisted the staff of PDS by mounting roadblocks to the town.

This compelled the PDS staff to retreat to their offices, but before they left, they put off all the transformers supplying them power.

The situation, however, got worse on Wednesday when residents of Odumase allegedly attempted to attack the MCE of the area, as well as the traditional council, for allegedly failing to ensure that their demands were met by PDS.

The police fired gunshots, leaving one person dead, with others sustaining gun wounds.