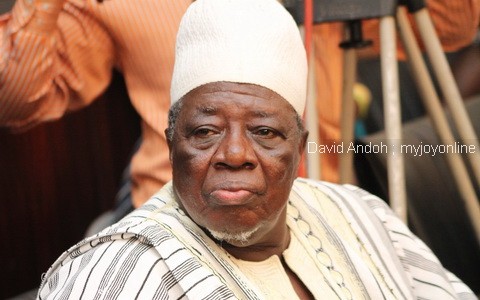 The Paramount Chief of the Wulugu in the West Mamprusi Municipality of the North East Region, Naa Professor JS Nabila has endorsed president Nana Addo Dankwa Akufo-Addo and the ruling New Patriotic Party for the aggressive and rapid manner in which they’re developing the country.

The revered traditional ruler who was speaking at a durbar in honor of President Akufo-Addo at Walewale said “frankly speaking, there is no doubt that you’re working aggressively to address your campaign promises and we’re a living testimony in this regard”

Apart from thanking President Akufo-Addo for granting their petition in respect of the creation of the North East Region, the Wulugu Naa also impressed upon the president to help improve educational, health and road infrastructure in the area as part of the developmental agenda of the government.

“I wish to cease this opportunity to appeal to the president to pay special attention to our road network, health facilities and the supply of portable water in the Municipality” he added.

The president who has since ended his tour of the North East Region assured the Wulugu Naba and the people of Walewale that his government will ensure that they benefit from the development that the creation of the new region would bring.

He further opined that Walewale occupies a special place in his heart, given the fact that his ‘’chief assistant and right hand man, vice President Dr. Mahamudu Bawumia also hails from the area.

”My chief assistant, my principal assistant, my right hand is your son and he is from here. He is doing a very good job for me and I want you to know that. I want to assure the Wulugu Naba that with him, we will sit down and look at all these matters that he has put on the table before me. The roads, Health and Education and we’re going to do our very best to make sure that we address those concerns” the president announced to the gathering.

The president continued that “I want you to know that the NPP government of Nana Akufo-Addo, it’s eye is always here in Walewale”.