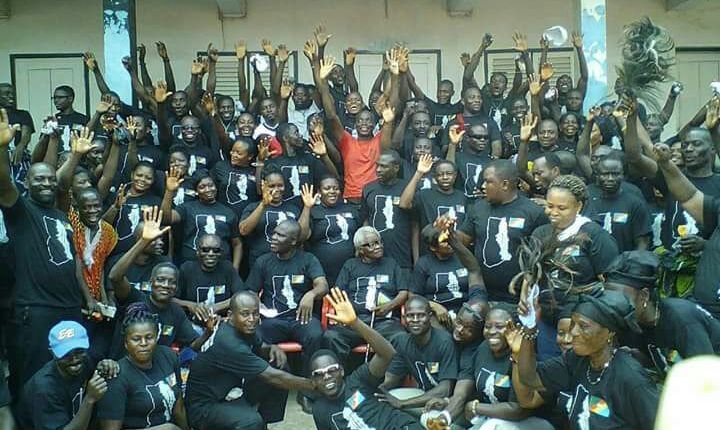 Self-acclaimed President of the Independent Western Togoland, Charles Kormi Kudzordzi known as Papavi Hogbedetor and his shadow cabinet of ministers are currently on the run after being sought by the police.

Security agencies are on the heels of the members of the group who have not only flouted the laws of the country but are said to be a major security threat to the Volta Region according to sources at the Volta Regional Security Committee.

Mr. Charles Kormi Kudzodzi, the 80-year-old Homeland Study Group Foundation (HSGF), who is  championing  the partitioning of the Volta Region as an independent state is currently on bail by the Accra High Court 2 in the sum of GH¢250,000.

He was granted bail with two sureties, one of whom should be justified, to an amount of GH¢250000 for him to report twice to the investigators on Mondays and Thursdays.

All eight are facing charges of conspiracy to commit crime to wit treason felony contrary to section 23(1) and 182 (b)of the Criminal offences Act, 1960(Act 29).

Following the declaration of their independence last Sunday, MyNewsGh.com has gathered that the group has flouted the bail conditions and maybe taken into police custody based on a directive from the courts.

Sources revealed to this portal that strong evidence from various security agencies have been pieced together to build a good docket for the members of the Separatist group to be charged.

The Homeland Study Group Foundation declared independence for the Volta, and parts of the Northern, North Eastern and Upper East Regions after its meeting held in Ho last Sunday.

However, these areas appear to have some establishments that belong to Ghana but the new group reveals that it will speak with authorities in Ghana to chart a new path on the latest development.

But Information Minister, Kojo Oppong Nkrumah in a statement has warned that government will deal with them in accordance with the law.