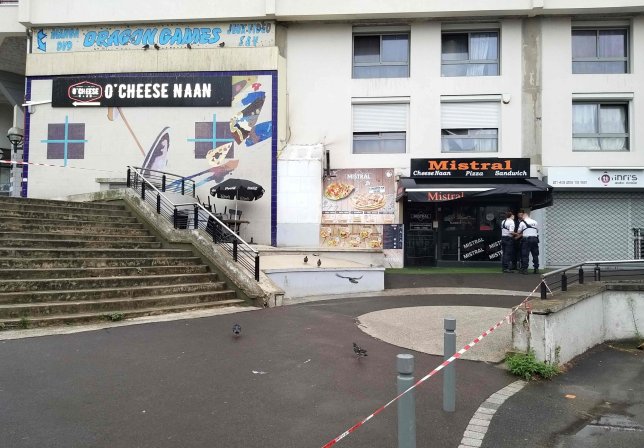 A waiter has been shot dead by a customer who was reportedly angry that he had to wait for a sandwich. A murder investigation has now been launched following the death of the 28-year-old server at a restaurant just outside Paris.

The waiter was shot in the shoulder with a handgun in the Noisy-le-Grand suburb east of Paris on Friday night. Attempts to revive him failed and he died at the scene.

The gunman quickly fled from the Mistral sandwich and pizza shop and is still on the run. A witness told police that he lost his temper over the slow service and opened fire because ‘his sandwich wasn’t prepared quickly enough.’

The killing has stunned locals, who gathered outside the shop following the murder. ‘It is sad,’ said a 29-year-old woman. ‘It’s a quiet restaurant, without any problems. It just opened a few months ago.’ Other locals noted high crime levels in the area, notably drug-dealing and public drunkenness.