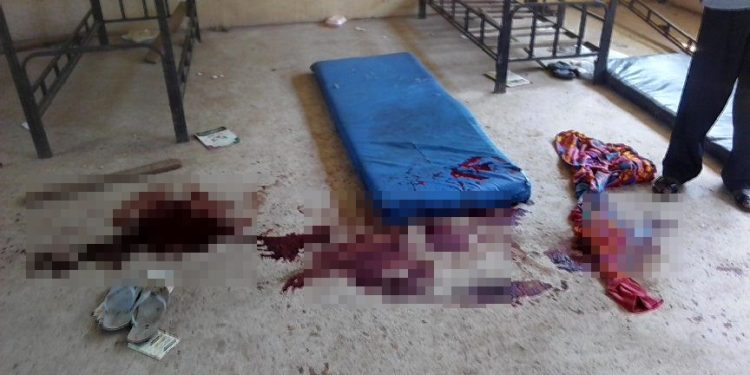 Two students of St. Mary’s Boys Senior High School at Apowa in the Western Region have sustained serious cutlass wounds after they were attacked by an unknown assailant.

The two whose identities have been withheld, are currently on admission at the Cape Coast Teaching Hospital.

Reports indicate that they were attacked around 11pm on Saturday in their dormitory while they were asleep.

The Parents Teachers Association (PTA) Chairman for St. Mary’s Boys Seminary, Barima Twum, who could not immediately assign reasons for the attack told journalists that the two victims sustained serious injuries to the head and were initially rushed to the Effia-Nkwanta Regional Hospital in Sekondi.

“After receiving some emergency assessment, they were referred for critical attention to the Cape Coast Teaching Hospital. The current state of these students are yet to be determined, as authorities of the school engage the parents on the situation. The police have also been informed and investigations is underway,” he said.

Mr Barima said this is not the first time such an attack is happening although this has been the deadliest.

He said there is strong suspicion that the assailant is from the community.

Citi News sources say the suspect took away a chopbox of provisions but yet to confirm this from the school authorities.