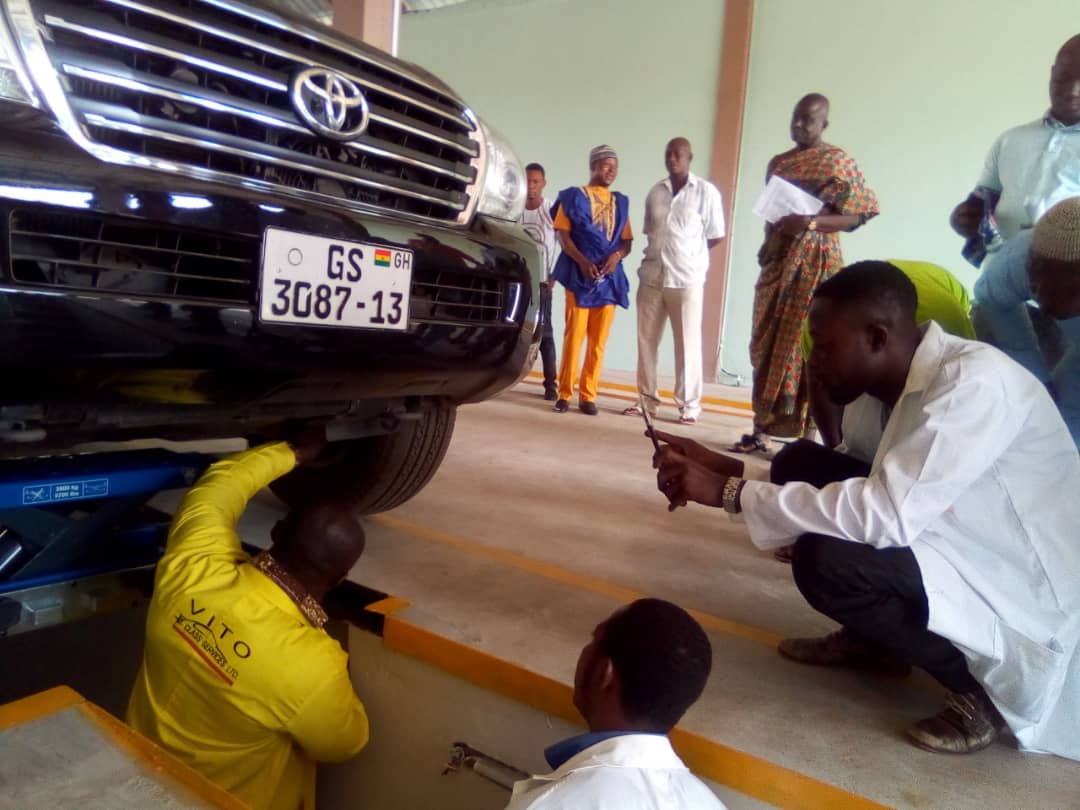 S-Class Service, a private vehicle inspection and technical company, has opened a new branch in Techiman to serve the community and its surrounding districts in the Brong Ahafo Region.

The company has been mandated by the Driver and Vehicle Licencing Authority (DVLA) to check the roadworthiness of vehicles, as part of efforts and measures by the DVLA to reduce road crashes in the country.

Briefing the media after a tour of the facility, Samuel Oppong – Chief Executives Officer (CEO) of S-Class Services, said the purpose of inspecting and testing vehicles is to ensure roadworthiness and facilitate the safety of drivers and passengers.

He said the inspection process at the facility include identification, payment for test, registry, visual and automated testing, printing and certification and road-worthy certificate.

He said the company, which started operations in Accra at Dome close to two decades ago, sees the need to extend its good work to Techiman and its environs.

He added: “We also have a branch in the Ashanti Region, around Buokrom Estate, which serves Kumasi and its surrounding districts. So far, the Accra testing centre has tested over 300,000 vehicles since its inception.”

Mr. Oppong said about 70 percent of vehicles that ply the country’s roads are not roadworthy, and this has led to many accidents.

The CEO said the company’s operations in Accra have helped to reduce congestion and eased pressure on the DVLA office at 37, where vehicles are tested and licenced.

“Each of our stations has created employment for professionals and for about 70 people,” he added.

He expressed hope that S-Class Services will extend its operations to other regions in the northern sector, as its service is needed in all parts of the country.

Mr. Oppong appealed for government to encourage opening more of such facilities through public-private partnership, which he said is key to economic development and protection of lives and property.