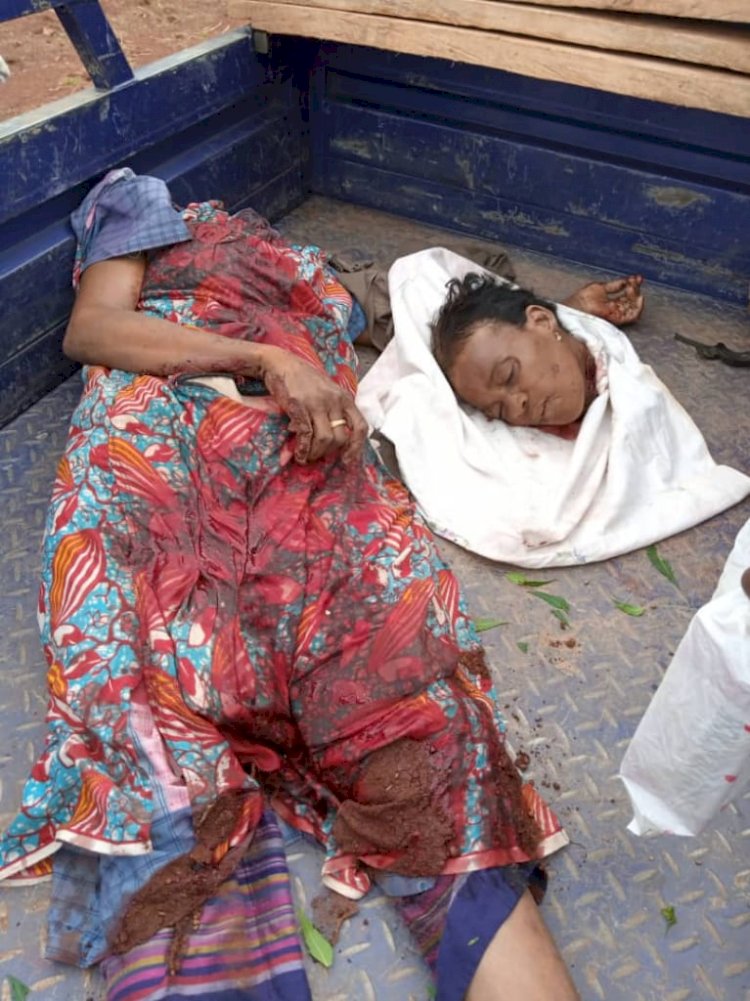 A middle-aged woman, whose name has been given as Mariam Issahaku, lost her life after her head mysteriously went off her body while onboard a motorised tricycle from Fielimuo to Hamile in the Upper West Region.

There was no accident involving the motor tricycle, a situational report said.

The report sighted by 3news.com said the incident happened on Thursday, May 14.

The woman, 50, was said to be seated on the tools container of the motor tricycle near the rider, who reported the incident to the police in Lambussie.

There were four others seated in the bucket of the vehicle.

Upon reaching Bagwon, the woman’s head suddenly came off her body and fell on the road “without the motor tricycle falling or involving in an accident”.

Police immediately proceeded to the scene after the report was made.

“On-the-spot investigation revealed that the deceased had a long nylon cloth around her neck, which as the motor was in motion was picked by the shaft and tied around it as the shaft rotated to facilitate the movement of the said motor tricycle, leading to the cloth fastening strongly to her neck and finally resulting in the cutting of the neck from the body.”

The body was immediately sent to the St Theresa’s Hospital in Nandom where an autopsy was conducted by Dr Jude Ayambila, the Senior Medical Officer.

The body has since been released to the family of the deceased after a coroner’s report was approved by the Nandom District Magistrate Court.

The rider, John Bezieru, is currently in police custody while the motor trike with registration number M-19-UW 613 has been impounded for investigations.