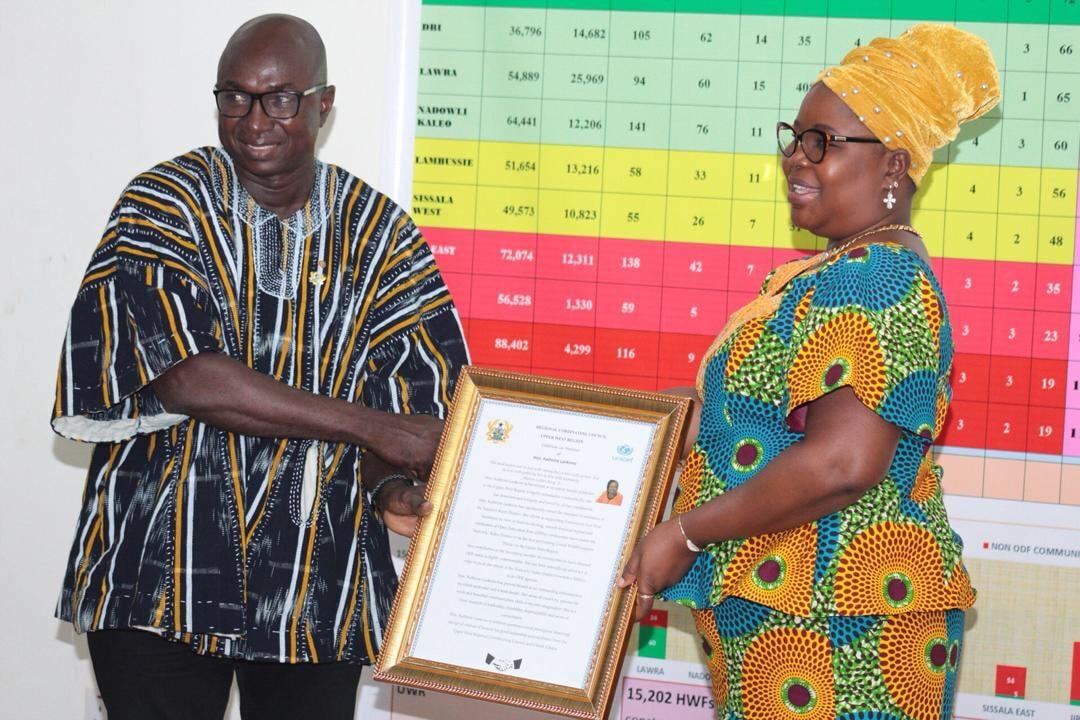 The DCE has been described as a diligent and hardworking person who has significantly contributed to ensure a clean District and environment for the people of the area.

‘’She clearly is very purposeful, passionate and a local development champion.  She has distinguished herself among her peers in supporting sanitation and hygiene interventions in her District particularly her support for the Community Led Total Sanitation Program being funded by UNICEF’’ an official spoke of her.

Madam Lankono on her part thanked the Regional Environmental Health Department for the recognition and reiterated her commitment to a clean healthy environment for a productive District.