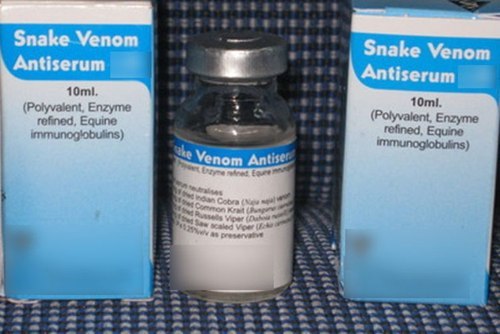 The Upper West Regional Hospital in Wa has run out of anti-snake venom (ASV).

The ASV is a potent medication used for the treatment of snake bites and doctors have explained that its absence reduces the chances of survival of victims of snake bite.

The acting medical director of the hospital, Dr Emmanuel Steve Blankson, confirmed to the Daily Graphic that the facility had operated without the medication for the past four months.

Snake bite is not only a common occurrence in the region but also one of the leading causes of death in the region.

For instance, in the past two months, at least three persons have died from snake bites.

“It is important that the public take care of themselves because we have run out of stock of the anti-snake venom,” Dr Blankson stated, adding: “Snake bites are commonplace in the region, by our records.”

Statistics at the hospital indicate that between January and June 2017, there were 128 emergency cases of snake bite, representing six per cent of all reported cases at the hospital.

And, according to the records, 17 people died from snake bite between January and November 2017.

The director further explained that “anti-snake venom is a programme drug usually supplied by international donors and, therefore, is administered to the public free of charge.

So the drug is free for victims of snake bite”.

He said that once the hospital had run out of stock, the public must buy the drug from the open market.

“Unfortunately, it is expensive on the open market, so those who are unable to afford it die eventually,” Dr Blankson added.