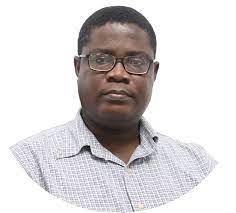 The University Teachers Association of Ghana (UTAG) has said it is ready to negotiate, but the posturing of the employer is not welcoming.

The President of UTAG, Professor Solomon Nunoo said even though the university teachers had heard the calls to return to the lecture theatres, there were no concrete milestones on the table towards meeting their demands.

He said the lecturers did not want to be in and out of the lecture rooms but were prepared to agree on key milestones and see commitment from the government side before they could call off the strike.

Prof. Nunoo was reacting to appeals by the Director-General of the Ghana Tertiary Education Commission (GTEC), Prof. Mohammed Salifu, to members of UTAG to go back to the lecture halls, while the leadership returned to the negotiation table.

Prof. Salifu based his call on the premise that UTAG had to be seen to be respecting the lawful authority of the mediator, the National Labour Commission (NLC), even if it had any misgivings about it.

UTAG embarked on the strike on January 10, this year, calling on the employer to restore members to the 2013 Interim Market Premium (IMP) of 114 per cent of basic salary.

They also want the government to go ahead to formulate guidelines to implement the appropriate recommendations to address the general conditions of service of the university teacher.

It is the case of UTAG that the IMP, which was instituted after the implementation of the Single Spine Pay Policy, was frozen, per a government White Paper in 2013, for the purpose of the conduct of a labour market survey (LMS) to determine the MP payable to workers deserving of it.

UTAG contends that till date, the determination has not been made, which has resulted in the erosion of the university teacher’s salary.

In its release declaring the strike on January 7, this year, the UTAG Council said there was the hope that by completing and implementing the LMS Report of 2019, a review of the IMP would have put the university teacher on a relatively good salary stead.

“Regrettably, the recommendations of the 2019 LMS Report, without any accompanying technical report on the implementable MP, is meaningless to UTAG, as it does not address the pertinent issues of improved CoS,” it said.

Aside from those concerns, UTAG’s immediate concern is the employer’s lack of commitment to timelines on the memorandums of understanding (MoUs) signed after previous engagements.

Prof. Nunoo recounted an MoU signed on research allowance in October last year which came with some payment implications the parties agreed should be made in instalments over fours years.

He stressed that UTAG was not asking to be paid the entire arrears that would arise after the negotiation.

“UTAG has always been open to such arrangements. It is about helping our members; improve the conditions of service of our members,” he said.

The UTAG President said if the government was having any challenge raising the money, it needed to be frank with the association by giving timelines and not remain adamant.

“The thing is that we are willing to negotiate, but the responses coming from the government side are not showing its willingness to negotiate,” he said.

He acknowledged Prof. Salifu’s appeal to UTAG to return to the negotiation table and asked: “Aside from that, do you get that impression from other government functionaries?”

Prof. Nunoo said the Fair Wages and Salaries Commission (FWSC), for instance, would be heard calling on UTAG to go back to the lecture theatres and return to the negotiation table, and in another breath it insisted that the MP was the prerogative of the government.

“But what it always forgets is that the issue of IMP has always been negotiated. So we should be able to sit down and negotiate to do something to help improve the conditions of service of the university teacher.

The UTAG President explained that for a strike to be called off, an MoU must be signed to indicate whatever would be negotiated on with timelines.

“This time round, there has not been anything of that nature. That is why we are asking that if they want us to negotiate, they should tell us what are we negotiating about,” he said.

He said if the government was really willing to negotiate, it could have demonstrated that by signing an MoU with UTAG based on the concerns the association had submitted to it since 2018 as areas to be negotiated on.

Prof. Nunoo explained that such a document was necessary before the strike could be called off because it would spell out the rules of engagement, “but if we call off the strike right now, without that document, the implication will be that you call off, and you knowing what you are going to talk about”.

He expressed concern that UTAG had signed countless MoUs with the government and most had not been operationalised, stressing that for the government to adopt the tactic of going round the issues was worrying.

He said if the government wanted to resolve the issue, it should have called UTAG to the table to go through the concerns and identify those outstanding.

He blamed the government for not observing the road map since 2018, “even though the condition of service of university teachers is worsening by the day”.

Prof. Nunoo thanked the public for the solidarity offered UTAG, but appealed to parents to bear with lecturers, so that the challenge could be resolved once and for all.

He expressed the conviction that the strike would be over soon because the two parties were assessing the impact.

The NLC mediated and tried to persuade UTAG to call off its strike but it was not successful. On January 13, this year, it directed UTAG to resume work, saying it did not follow the right procedures before embarking on the strike.

It further directed UTAG to formally submit issues it said were in dispute with the government for redress and report back to the commission on February 6, 2022.

However, UTAG has disregarded the NLC directive and sustained the strike it started on January 10.

Consequently, the NLC last Friday went to court to cite UTAG for contempt in an effort to put pressure on it to call off the strike.

By convention, universities close down when lecturers or students stay away from the lecture rooms consistently for three weeks.