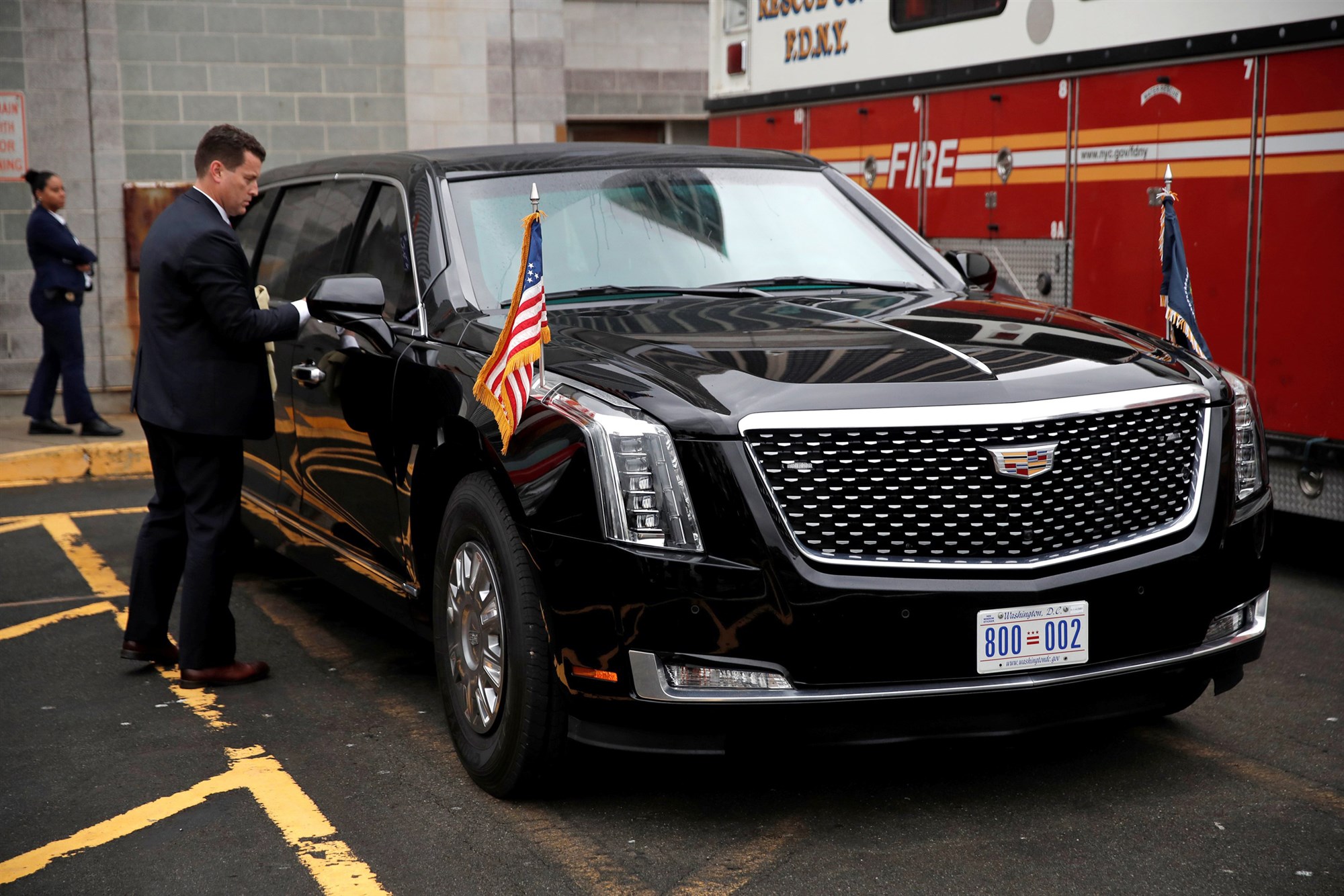 Intended to look like a stretched version of a Cadillac XT6 sedan, it’s one of a dozen that make up a contract initially estimated at $15.8 million and designed to help the commander in chief survive virtually every possible form of attack from a terrorist or assassin. And, if the president is injured, the Beast has an extensive range of medical supplies on board, including a refrigerator full of the president’s own blood type.

Protecting a president is never easy, especially in a modern era when POTUS could face any manner of threat, from handguns to rocket-propelled grenades.

The latest version of the Beast, which was commissioned by the Secret Service in 2014, is believed to combine a variety of different technologies, starting out with a heavily modified platform from a Chevrolet Kodiak, a heavy-duty General Motors truck.

Nothing is foolproof, but the new version is thought to use a mix of steel, aluminum and ceramic armors, each focused on a different type of threat. The Secret Service declines to provide specific details but the walls of the new limousine are believed to measure at least eight inches thick, with five-inch, multilayer windows that make the doors as heavy as those on a 757 jet.

In addition, the car is sealed against biochemical attacks, and equipped with run-flat tires inside extra-large wheel wells so the Beast can keep running in an emergency. Meanwhile, there are a number of other tricks that include a night vision system and some other James Bond-style gimmicks: It can put out a smokescreen, fire tear gas, and lay down an oil slick to send vehicles chasing it out of control. Even the door handles can be electrified to shock those who might try to get inside.

The Beast also contains an expansive array of communications technologies including, among other things, the ability to dispatch the codes necessary to fire nuclear weapons.

Able to seat seven, according to various sources, the last line of defense are the Secret Service members who ride inside, armed with an array of light weapons. The Beast is traditionally backed up by a convoy of protective vehicles and a phalanx of Secret Service officers. There’s also a back-up limo and a special communications vehicle.

As with the Secret Service, foreign security agencies are reluctant to discuss their methods of protecting heads of state on the move. But Russian President Vladimir Putin recently received an upgrade to the armored Mercedes-Benz limos he had long used, a specially developed Russian-made model. Chinese President Xi Jinping was spotted driving a new, Chinese-made limo during a trip to Africa last month. And Trump reportedly showed off the outgoing presidential limo to North Korean leader Kim Jong Un during their summit meeting in Singapore. Kim himself has had to settle for a decade-old, modified Mercedes Pullman Guard for his limousine.