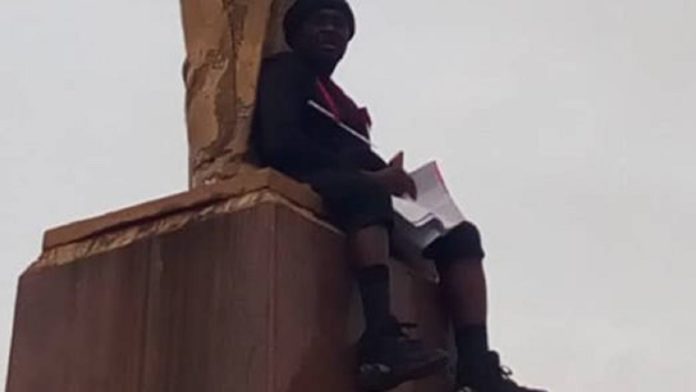 Information reaching BestNewsGH.com indicates that there is a stansstill at the Obetsebi Lamptey Circle following the decision of a yet-to-be identified Man to commit suicide by climbing the tall statue erected in the middle of the circle.

The Man is seen in pictures that have since gone viral on social media, sitting at the top of the statue with a book in hand.

It is unclear what would have motivated him into taking the action.

Frantic efforts according BestNewsGH.com sources at the scene are underway by persons present to persuade the Man to abandon his suicide mission.

The police, this website is told are yet to arrive at the scene. 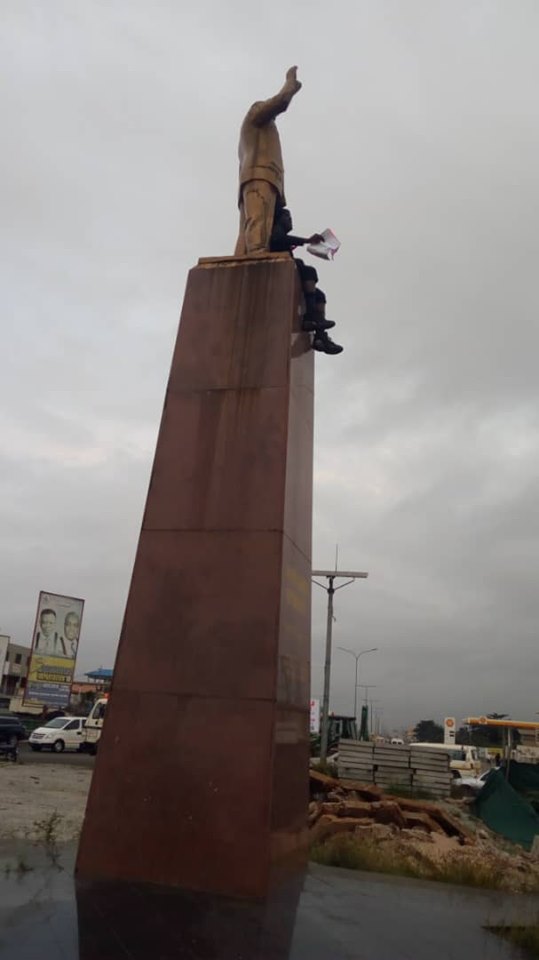