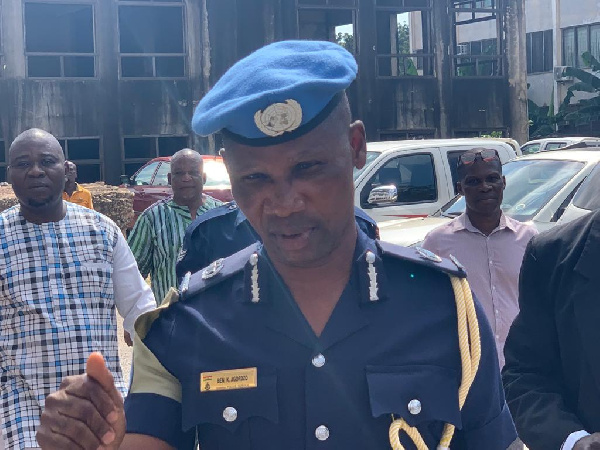 The United Nations (UN) is demanding answers from authorities in Ghana over emerging issues relating to the treason trial of the Director of Transformation of the Ghana Police Service, Assistant Commissioner of Police (ACP), Dr Benjamin Agordzo.

Sources reveal that the international body wants to know why the senior police officer wore UN uniform to court and if it was sanctioned by the Ghana Police Service considering the implications of such an action.

“Under the regulations governing the conduct of officers in the Ghana Police Service, when an officer is facing a service enquiry and is in uniform, he or she must remove the barrette and the belt because it is the individual who is being questioned and not the entire service which is the crown. It was, therefore, wrong to have worn UN uniform to the court”, a source revealed to MyNewsGh.com.

By this conduct, the UN MyNewsGh.com understand, is likely to sanction ACP Dr Benjamin Agordzo for violating its code of conduct and refuse him engagements in the future.

Meanwhile, it is emerging that he ended the UN mission in August 2019 and claims that he was still on a mission before being dragged into the country to answer for his roles in the alleged coup plot are untrue.

He is facing charges of Abetment to Commit Crime; namely, Treason Felony contrary to section 20(1) and 182(b) of the Criminal and Other Offences Act 1960 (Act 29).

The embattled Senior Police officer on his first appearance told journalists that President Akufo-Addo asked Ghanaians to be citizens and that is what he did by expressing his opinion.

“I have not committed any crime. I’ve done nothing wrong. The President called upon us to be citizens,” he said.

“So when I express my opinion on a WhatsApp platform, unrelated to any alleged coup, nobody should bog me down”, he added.

The police officer who appeared calm said he is not perturbed because he knows, in the end, he will be vindicated. He also expressed appreciation to the media for the support.