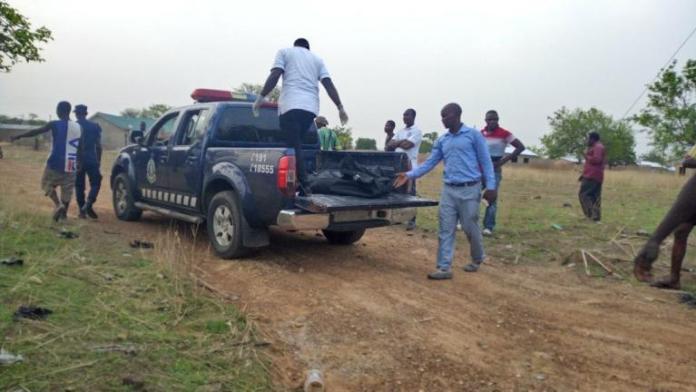 Grief and uncontrollable wailing were the plights of residents of Bolga-Soe in the Bolgatanga Municipality of the Upper East Region on Monday afternoon when the bodies of three children were retrieved from a dam recently constructed under the government’s flagship project, 1 Village 1 Dam.

The children, aged 9, 10 and 11, were named as Ayinsone Ayine, Dominic Akurugo and Raphael Aduko respectively. They had gone to the dam to swim, but got drowned. Eyewitnesses said the children were four but one was rescued.

Their bodies were conveyed to their families in the community, and later the police went and conveyed them to the Regional Hospital morgue for preservation and autopsy.

Construction of the dam started about one month ago, and it was still under construction when the incident occurred at about 3:00pm on Monday April 29, 2019.

According to some community members, there was no water in dam until a recent heavy rainfall in the region.

The Assembly Member for Soe Central Electoral Area, Abagna Richard, narrated: “I was in town when I received a call that three children, their ages are 9, 10 and 11, had drowned in a newly constructed dam under the 1 Village 1 Dam project. So, when I got there, the children were removed and sent to their various houses. So I went to the police station and reported.”

He indicated that “children have been going there to swim, and we always have it difficult chasing children from the dam.”

At the time of filing this report, the Bolgatanga Municipal Director of the National Disaster Management Organisation (NADMO), Ernest Adombirenab, told The Chronicle he was at the regional hospital morgue with the families of the deceased to convey the bodies to the community for burial.

The latest deaths have brought to six the number of people who have drowned in dams under the 1 Village 1 Dam Project. Last year, three children in Bongo District were drowned in two separate dams constructed under the project.