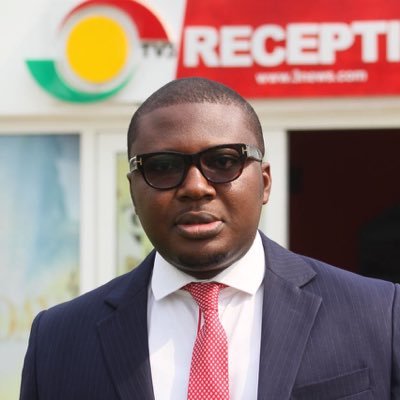 Loudmouth ruling New Patriotic Party (NPP) Member of Parliament for Assin Central Constituency in the Central Region, Kennedy Ohene Agyapong has called on the management of TV3 to fire one of its own, Komla Kluste for gross misconduct.

The MP is accusing the popular journalist of being a bogus, corrupt and ‘cheap’ guy who goes about begging for money from people saying ‘’just last Saturday he went to Afenyo Markin’s house to beg for 1 thousand Ghana Cedis to go and treat his father’’.

He is angry that Mr. Klutse has been at the forefront at exposing happenings at the Ghana Maritime Authority and its embattled Director General who has come under fire for sanctioning and approving some 135 thousand Ghana cedis for an end of year party for staff of the Authority.

Mr. Agyapong also accused Mr. Klutse of going to take pictures of Mr. Kwame Owusu’s home under the pretext of renting an apartment close to the building.

‘’That Klutse guy is a cheap journalist, he should be fired by the management of TV3, he goes about collecting 1000 cedis each from people. He went for 1000 cedis from Alex Afenyo Markin just last Saturday that his father is not well and he is going to treat him. He is so bitter. I have Voltarians who are NPP and the guy behaves as though all Voltarians are NDC people. He is so bitter about NPP. You go about collecting money, useless journalist like that. He dictates to the media what they should do and say about people.’’ he averred.