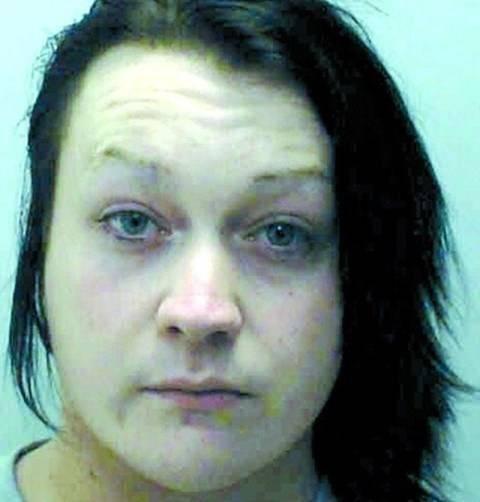 A transgender murderer has been moved out of a female prison after having sex with an inmate. Kayleigh Woods, who slashed her flatmate’s throat in 2016, had only been at the new prison for a matter of weeks before prison authorities found her in a ‘state of undress’ with another convict. ‘A toilet seat had also been broken.

It was pretty clear what they’d been up to,’ a source told the Sun. Woods had been serving a 26-year sentence at HMP Hewell in Worcestershire. She requested a transfer to a female prison shortly after arriving in 2017. Her request was granted, with officials at the Transgender Case Board taking into account she had not committed a sexual offence so was deemed to pose little risk.

Shortly after arriving at the new prison, she started the consensual affair with another inmate. ‘She and another inmate got very close and started a full-blown relationship in secret,’ the source told the paper. ‘The governor was notified and went up the wall.’ Woods has now been moved back to HMP Gartree in Leicestershire. She and then-boyfriend Jack Williams murdered flatmate Bethany Hill by slashing her throat after tying her wrists. They had practised on a naked Barbie doll before the attack in Stratford-upon-Avon.

Last year it emerged that transgender prisoner Karen White, 52, had molested two women after convincing officials to transfer her to to a women’s prison.  A Prison Service spokesperson said: ‘The safety of all our prisoners is an absolute priority. ‘While we work to manage all prisoners, including those who are transgender, sensitively and in line with the law, we can and will take action where their behaviour provides cause for concern.’